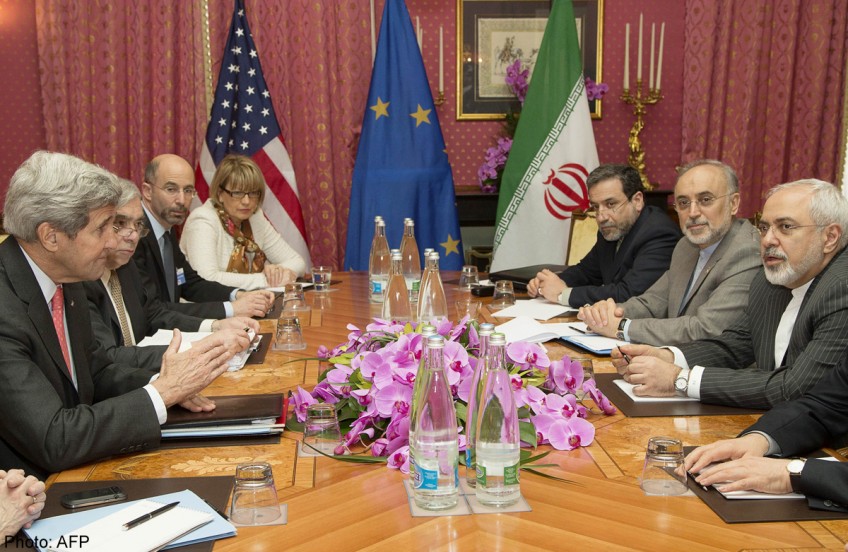 WASHINGTON - The UN atomic watchdog has had limited progress in its inquiry into possible military dimensions of Iran's nuclear activities, the agency's chief said on Monday, days ahead of an approaching deadline for a framework deal between Iran and world powers over the disputed programme.

The International Atomic Energy Agency (IAEA) has a long-standing inquiry into some aspects of Iran's nuclear programme, including allegations that Iran engaged in work that could be used to develop nuclear bombs.

This inquiry runs parallel to Tehran's talks with six world powers to curb its nuclear work in exchange for lifting economic sanctions. Diplomats have voiced concern there would be little progress in the talks with the IAEA until that political deal is reached.

The world powers reached an interim deal in 2013 with Iran, called the Joint Plan of Action, that would halt some aspects of Iran's nuclear programme in return for some sanctions relief.

Negotiators from Iran and the world powers, called the P5+1, reached a deadlock in talks in Switzerland last week, and were due to resume negotiations this week in hopes of beating a self-imposed end-March deadline to reach a political framework agreement. The negotiators have until the end of June to reach a comprehensive deal.

The IAEA is charged with confirming that Iran is abiding by the terms of the interim agreement, including not constructing additional enrichment facilities.

"As far as the implementation of the comprehensive safeguards agreement, we have some good cooperation with Iran," said Yukiya Amano, director general of the IAEA, at a conference in Washington hosted by the Carnegie Endowment for International Peace. "We are also implementing the Joint Plan of Action and we can also say the implementation is good."

Amano stressed on Monday that the IAEA has not said Iran has nuclear weapons, but said it does have a responsibility to answer questions surrounding its nuclear work.

"With respect to the clarification of issues with possible military dimensions, the progress is limited and this is the area where more ... cooperation from Iran is needed," Amano said.

Part of the IAEA's investigation aims at establishing whether any nuclear material, such as uranium products, have been diverted from peaceful purposes such as power generation to military means, such as a nuclear bomb.

Amano said the agency still was not able to determine whether all nuclear material in Iran was being used for peaceful purposes.