WASHINGTON - The US government told United Continental Holdings Inc it would not face fines after a 69-year-old man was dragged from a flight in April, a US official said on Wednesday (Sept 6), a decision that was criticised by passenger rights groups.

The Transportation Department notified United of its decision in a May 12 letter made public on Wednesday by passenger advocacy group Flyers Rights. A government official confirmed the authenticity of the letter, which said United did not comply with all aspects of the government's rules on overselling seats.

In April, a video went viral on social media of David Dao being dragged from a United aircraft at Chicago's O'Hare International Airport after he refused to give up his seat to make room for a crew member.

United said in a statement on Wednesday "this incident should never have happened and we are implementing all of the improvements we announced in April, which put the customer at the centre of everything we do."

The incident drew attention to the practice of "bumping" whereby airlines deny passengers access to flights after deliberately over-booking them to ensure all seats are filled.

United said it had an almost 90 per cent reduction of so-called involuntary denied boardings year-over-year since May 1.

Paul Hudson, president of Flyers Rights, said for "the Department of Transportation to conclude that United Airlines' conduct did not warrant an enforcement action is a dereliction of duty."

He said the Transportation Department should have held a public hearing after finding United violated government rules.

The Transportation Department for months repeatedly refused to disclose the status of its investigation into Dao's dragging.

"No passenger should be treated like that," Transportation Elaine Chao told a Senate panel in July.

The government letter said United provided correct compensation for four out of five passengers on the Chicago flight but did not provide required, written oversales notices to Dao or his wife.

Read Also
Air rage: Why it happens and 5 infamous cases 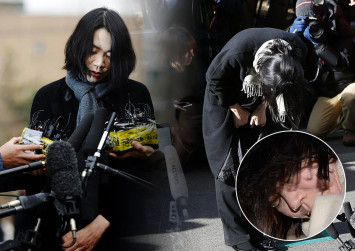 United Chief Executive Oscar Munoz apologised at a congressional hearing in May for the removal of Dao, with whom the airline reached a settlement for an undisclosed sum.

Airlines have said they routinely overbook flights because a small percentage of passengers do not show up.

House and Senate bills under consideration include new passenger protections and would ban the practice of bumping boarded airline passengers.