Students graduate from the University of Sydney in Australia.

A planned revision of guidelines for Australian universities to guard against interference by foreign actors including China has sparked controversy within the tertiary sector, with some academics fearing the arrival of “Red Scare” paranoia on campuses.

The Australian government and universities are working to update anti-foreign interference guidelines that were introduced in 2019 amid heightened scrutiny of Chinese influence on university campuses.

Although the updated guidelines have not been finalised, draft proposals reportedly include measures such as training students to recognise foreign meddling and report it to the appropriate authorities.

Nick Bisley, dean and head of the School of Humanities and Social Science at La Trobe University in Melbourne, said he and many of his peers were concerned the government was overreaching in its efforts to tackle foreign interference.

“My initial impression is that is symptomatic of the disproportionate response the federal government has had to foreign interference using very large and cumbersome sledgehammers for what are ultimately very small nails,” Bisley said.

“The ‘reds under the bed’ tone about things gives it a somewhat surreal air, but the sad reality is like the other things that have come before, it places a huge and unwieldy regulatory cost on universities at a time when our budgets are already stretched to breaking point by the Covid pandemic.”

A Chinese-born international relations professor at one university in the state of Victoria said he feared the guidelines could ironically lead to more self-censorship and diminished academic freedom. 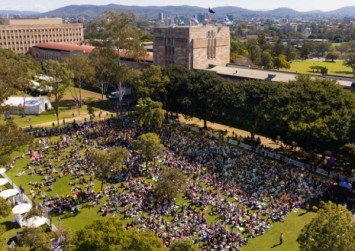 “For example, when some Chinese students genuinely disagree with what’s being reported on or discussed about their home country, they may be reluctant to express their views for fear of being seen as under the influence of the Chinese government, or even as Chinese government agents,” said the professor, who requested anonymity.

“This would really be a missed opportunity for open and honest discussion and greater mutual understanding.”

The professor also expressed concern about fuelling prejudice against people of Chinese and other Asian ancestry.

“If the new guidelines were to be carried out as reported, many students and academic staff with Chinese heritage or a China connection, if not the wider Chinese-Australian community, would be further unfairly singled out and targeted,” he said.

The Universities Foreign Interference Task Force, which includes representatives from universities and 10 government agencies including the security services, unveiled its first set of guidelines in November 2019.

The guidelines, which included encouraging staff to disclose foreign affiliations and relationships, followed concerns about the national security and human rights risks involved in academic partnerships with China and incidents of intimidation by ultranationalist Chinese students against classmates deemed disloyal or antagonistic toward Beijing.

In June, Human Rights Watch released a report describing an “atmosphere of fear” on Australian university campuses that led pro-democracy Hongkongers and mainland students to self-censor out of fear of harassment or being reported to Chinese authorities by their peers.

In March, Mike Burgess, the head of the Australian Security Intelligence Organisation, told a parliamentary committee that foreign interference at universities was at its highest level since the Cold War, with “one country in particular” highly active.

Beijing has rejected claims of interference in Australia, labelling allegations of Chinese infiltration of institutions such as universities as “pure nonsense”.

The Sydney Morning Herald reported on Tuesday that the latest university guidelines would include teaching students to “recognise, mitigate and handle concerns of foreign interference”.

Canberra’s efforts to tackle the perceived threat of foreign meddling have, however, faced growing resistance from universities, which rely heavily on Chinese fee-paying students for funding.

On Saturday, The Sydney Morning Herald reported the task force had dumped plans to force university staff to disclose all foreign political and financial interests going back a decade following a backlash from the sector.

Last year, university leaders unsuccessfully campaigned for tertiary institutions to be exempted from legislation giving Canberra the power to tear up agreements between foreign countries and subnational entities such as states and local councils.

Before the Covid-19 pandemic, Chinese accounted for four in 10 international students, or 10 per cent of all enrolments. International education was Australia’s fourth-largest export in 2019, contributing about A$40 billion (S$40 billion) to the economy.

Catriona Jackson, chief executive of Universities Australia, said consultations on the guidelines were ongoing and the “outcome of those discussions shouldn’t be pre-empted”.

“Our shared aim is to build on existing protections against foreign interference, without damaging the openness and global engagement essential to international research collaboration and to Australia’s strengths and values,” Jackson said.

The Department of Education, Skills and Employment, which oversees the university task force, said it was “working collaboratively with the university sector to ensure Australia continues to have world best practice research integrity”.

“The Australian government remains committed to the reputation of Australian universities, their staff and students,” a spokesperson said.

“The trickier issue, of course, is how to manage interference but also intimidation on campus, both of supporters and critics of foreign governments,” Hall said. “Neither government nor universities have really come to terms with that issue yet, because it is so sensitive as well as so important to allowing freedom of speech on campus.”