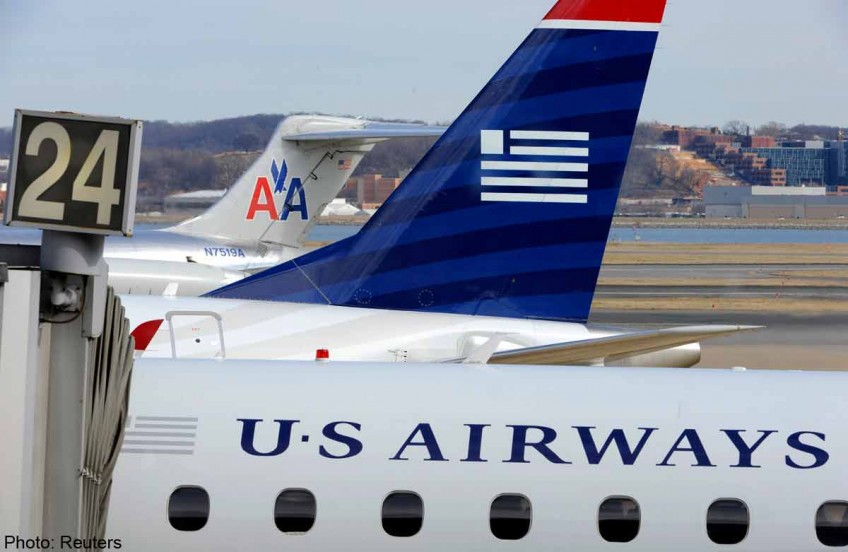 A view of two US Airways Express planes next to an American Airlines plane (background) at the Ronald Reagan Washington National Airport in Arlington County, Virginia.

WASHINGTON - US Airways plans to resume its direct flights from Philadelphia to Tel Aviv on Thursday after a temporary ban from federal authorities on flights to Israel amid an intensifying conflict with the Palestinians.

Flight 796, originally due to leave Philadelphia at 9:10 pm on Wednesday (0110 GMT Thursday), arriving in Tel Aviv 11 hours later, has been rescheduled for the following day, US Airways said on its website.

It added the same was true for Flight 797, originally due to depart Tel Aviv at 11:30 pm (2030 GMT) Wednesday, arriving in Philadelphia 13 hours later.

US Airways flights to Tel Aviv are routed through Philadelphia.

The US Federal Aviation Administration, which banned US airlines from Tel Aviv for at least 24 hours Tuesday, is expected to update its guidance later Wednesday.

US Airways had joined major US, European and Canadian airlines in cancelling flights to and from Israel, after a rocket fired from Gaza crashed near its main international airport in Tel Aviv.

The bans come after Malaysia Airlines flight MH17 was allegedly shot down by a missile over strife-torn eastern Ukraine, heightening sensitivity over aviation safety above warzones.

It was the first time such measures had been taken since the 1990-1991 Gulf war.