Southeast Asian nations have taken "some comfort" from the first-ever in-person meeting between the incumbent US and China defence ministers this weekend on the sidelines of the Shangri-La Dialogue, the forum's host Singapore said on Sunday (June 12).

Friday's talks between China's Defence Minister Wei Fenghe and Pentagon chief Lloyd Austin had been highly anticipated in the region, amid anxiety from small nations about being caught in the middle of growing antagonism between the superpowers.

The hour-long talks on the sidelines of the Shangri-La Dialogue was their first face-to-face meeting, and a Chinese readout described it as "candid and constructive". Both defence ministers, however, gave clashing keynote speeches at the summit in which they accused the other side of jeopardising peace in Asia.

"The very fact that both defence ministers meet, I think it did give some comfort," Singapore's Defence Minister Ng Eng Hen told a press conference. "I think that was reassuring."

"As for the way forward, ASEAN nations will take comfort that both have said there is no need to choose sides… but whether that's the reality, I think only the facts will speak for themselves," said Ng.

Speaking in an earlier plenary session, Ng said "there would be few takers for a battle royale" between democracy and autocracy in Southeast Asia. But he said smaller nations need to work together to ensure that their sovereignty is not violated by major powers.

The Singaporean defence chief also voiced his relief over the resumption of the annual Shangri-La Dialogue (SLD) following a two-year interruption due to the pandemic.

"Some of you have been at the SLD since its inception in 2002, and I think it would be fair to say that this one will be counted as unforgettable and unique," Ng said.

"It goes beyond the fact that we have not seen each other for more than two years and there is pent up demand to meet, if not to dine together," he told the gathering of 553 delegates from 59 countries, highlighting a special virtual address by Ukraine President Volodymyr Zelensky.

"I sat among you, listening to his impassioned speech, I felt a sense of guilt that we were here in these air-conditioned rooms asking him questions, and he, in fear of his life, is fighting a war," he said.

In the 35-minute press conference, Ng fielded a wide range of questions about hot topics that emerged during the summit.

Among them was Japan's plans to significantly shore up its military and defence co-operation with Western allies amid concerns about China and Russia.

Tokyo planned to unveil a new security strategy to "fundamentally reinforce" the country's defence capabilities and would not rule out counter strike capabilities, he said.

Ng said Japan's plan would likely be met with some resistance in the region, noting that the Asian power was in a similar situation to that of Germany in the years after the second world war.

At that time, Germany's plans to shore up its military were initially met with resistance from European neighbours.

Only later, as new threats ranging from terrorism to the fallout of the Syrian conflict and Russian expansionism emerged, were these concerns set aside, with some European nations even urging Berlin to hike its defence spending. 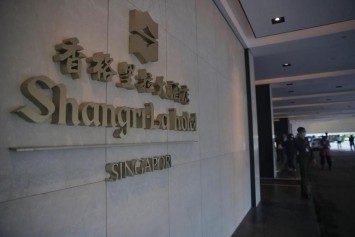 In Japan's case, Asian nations will still have "some reservations because [of people's] memory of World War II and the Japanese invasion," said Ng. "It would be wise for Japan to work at reassurance if not resolution. It's not only Southeast Asia. It's Korea, it's China."

On the absence of Russian delegates at the Shangri-La Dialogue - organised by the Britain-based International Institute of Strategic Studies - Ng said it was understandable as other forums had also omitted Moscow's representatives.

"I suppose one can understand that. How can we condemn your actions and yet give you an invitation as if nothing has happened?"

A source with knowledge of the matter told This Week In Asia that Russian representatives had earlier been invited to the forum, but the invitation was cancelled in early March after Moscow began its invasion of Ukraine.

"The other practical aspect is if you invite Russia … some or many countries will walk out as a protest," Ng said, although he also questioned how countries could engage Russian officials if they were absent from platforms such as the Shangri-La Dialogue.