The logo of the US Central Intelligence Agency is shown in the lobby of the CIA headquarters in Langley, Virginia, on March 3, 2005.

The US Central Intelligence Agency announced the formation of a new “China Mission Centre” on Thursday (Oct 7), the latest sign of a deepening struggle with the country despite Washington’s assertions that it is not seeking a “new Cold War” with Beijing.

CIA Director William Burns said the centre would facilitate a whole-of-agency response to what he considers a “key rival”, according to a statement.

The unit will “further strengthen our collective work on the most important geopolitical threat we face in the 21st century”, said Burns, a veteran diplomat. That threat, he said, was the “increasingly adversarial Chinese government”.

The initiative follows a string of new executive branch units dedicated to countering Beijing, coming in the wake of a China task force at the Pentagon and reports of a new “China house” at the Department of State.

As the administration of US President Joe Biden has largely maintained the hardline China policies put in place by his predecessor, administration officials have stressed that the US does not want conflict with Beijing, with Biden telling the United Nations General Assembly in September that the US was not seeking a “new Cold War” with China.

But that assertion was complicated on Thursday, as one senior CIA official cited by The Washington Post likened the spy agency’s new mission centre to its response to the Soviet Union during the Cold War.

China represents a greater threat than the Soviet Union, the official was reported as saying, given the scope of its economy, its global reach and its close economic ties with the US.

The CIA’s classification of China as a “key rival” and severe geopolitical threat is likely to anger Beijing. Chinese officials told their US counterparts in a high-level meeting on Wednesday that they rejected even the milder term of “competition” to define the bilateral relationship.

Those complaints have fallen on deaf ears in Washington, where State Department spokesman Ned Price said on Thursday that most of the administration’s engagement with Beijing was “predicated on this idea of competition – and in many cases – stiff competition. It is a relationship that is in some ways adversarial.”

But the administration’s goal was, Price continued, “to minimise these points of friction”.

At a time when US government initiatives targeting Beijing have drawn accusations from lawmakers and human rights groups of fuelling anti-Asian racism, Burns emphasised that the threat from China came from the Chinese government, not the country’s people. 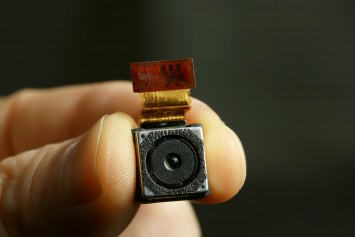 Also announced on Thursday was a new “Transnational and Technology Mission Centre”, which the CIA said would address issues “critical to US competitiveness”, such as emerging technologies, economic security, climate change and global health.

Deputy CIA director David Cohen will oversee the changes to the agency’s structure.

The CIA’s plans to launch the new China mission centre were first reported by Bloomberg in August. The move comes after a review of the agency’s China policy begun by Burns this spring, similar to evaluations the Biden administration has carried out on other fronts, including trade and defence.

Early in Biden’s administration, Defence Secretary Lloyd Austin started a task force to examine US alliances, technology and intelligence as they relate to China, as well as the Pentagon’s military relations with Beijing.

In September, Foreign Policy magazine reported that the State Department planned to funnel resources and personnel into a new “China house” at the agency, which would task officers in Washington and overseas with monitoring Beijing’s activities in other countries.

The new CIA unit also follows the establishment during Donald Trump’s administration of the “China Initiative” at the Justice Department, an effort to increase China-related prosecutions in the fields of economic espionage.

That programme has drawn criticism from civil rights groups, who contend it has led to racial profiling of Asian-Americans and Asian immigrants and have urged the Biden administration to drop the initiative.