US condemns "brazen" firing of rockets by Hamas despite ceasefire efforts 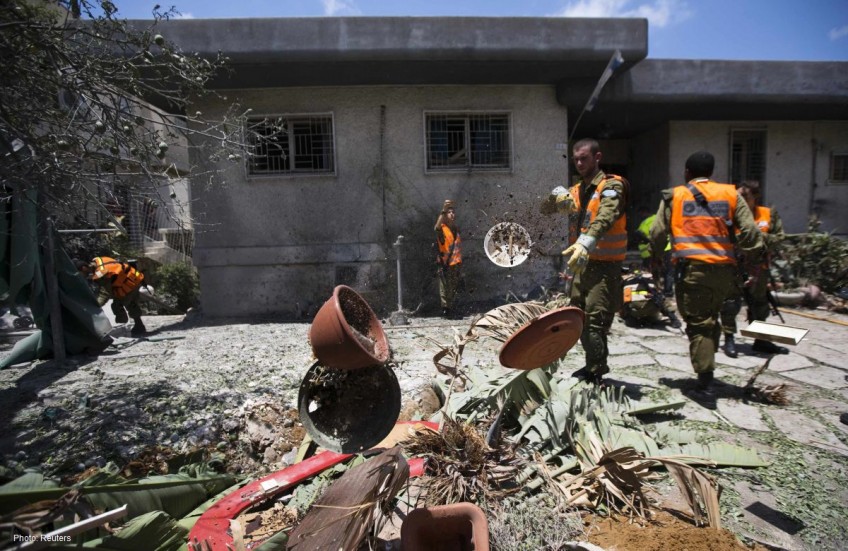 Israeli soldiers clear debris at the scene after a rocket fired by Palestinian militants in Gaza landed in Ashdod July 15, 2014.

VIENNA - US Secretary of State John Kerry condemned on Tuesday what he called the "brazen" firing of rockets by Hamas militants from the Gaza Strip.

Hamas fired rockets from Gaza on Tuesday, drawing a threat by Israel to abandon an Egyptian-proposed truce it had unilaterally accepted. "I cannot condemn strongly enough the actions of Hamas in so brazenly firing rockets, in multiple numbers, in the face of a goodwill effort (to secure a ceasefire)," Kerry told a news conference in Vienna.