US to delay China tariff increase after 'substantial progress' in trade talks: Trump

US President Donald Trump during a meeting with Chinese Vice-Premier Liu He in the Oval Office at the White House in Washington, on Feb 22, 2019.

WASHINGTON - The United States is delaying a planned increase of tariffs on more than US$200 billion (S$270 billion) in Chinese exports after "substantial progress" made in trade talks, President Donald Trump said on Sunday (Feb 24).

"I am pleased to report that the US has made substantial progress in our trade talks with China on important structural issues including intellectual property protection, technology transfer, agriculture, services, currency, and many other issues," Mr Trump wrote on Twitter.

Mr Trump also said he would plan a summit meeting with Chinese President Xi Jinping at his Mar-a-Lago estate in Florida to conclude an agreement, assuming both sides make additional progress. That meeting is expected to be held in March.

"As a result of these very productive talks, I will be delaying the US increase in tariffs now scheduled for March 1. Assuming both sides make additional progress, we will be planning a Summit for President Xi and myself, at Mar-a-Lago, to conclude an agreement. A very good weekend for US & China!" he said. 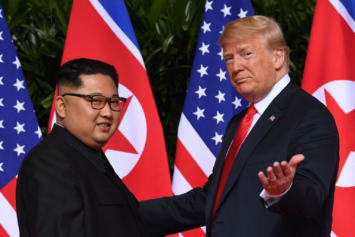 The delay in tariffs was the clearest sign yet of a breakthrough the two sides have sought since calling a 90-day truce in a trade war last year.

It will likely be cheered by markets as a sign of an end to the dispute that has disrupted commerce worth hundreds of billions of dollars and slowed global economic growth.

Xinhua news agency said on Monday that China and the US made "substantial progress" in negotiations in Washington aimed at resolving their trade war, adding that the two sides "made substantial progress on specific issues" such as the transfer of technology, intellectual property protection, non-tariff barriers, the services sector, agriculture and exchange rates.

The delegations "came a step closer to realising the important consensus reached" by Mr Trump and Mr Xi when they agreed to a trade war truce in December, the report said.

Xinhua also reported that the two sides agreed to "carry out follow-ups in accordance with the instructions of the two heads of state".

During talks that extended into the weekend, US and Chinese negotiators were discussing on Sunday the thorny issue of how to enforce a potential trade deal after making progress on other structural issues, according to a source familiar with the talks.

The two sides were discussing tariffs on Sunday as well as commodities, the source said. 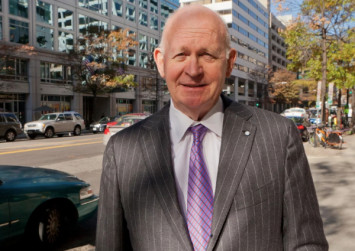 US officials said last Friday that talks would extend into the weekend after negotiators produced a deal on currency during talks last week.

Negotiators were seeking to iron out differences on changes to China's treatment of state-owned enterprises, subsidies, forced technology transfers and cyber theft.

The two sides have been negotiating an enforcement mechanism. Washington wants a strong mechanism to ensure that Chinese reform commitments were followed through to completion, while Beijing insisted on what it called a "fair and objective" process.

Another source briefed on the talks said that enforcement remained a major sticking point as of Saturday.

Mr Trump said last Friday that there was a "good chance" a deal would emerge, and foreshadowed that he might extend the March 1 deadline and move forward with a meeting with Mr Xi.