US driver shot in head for honking 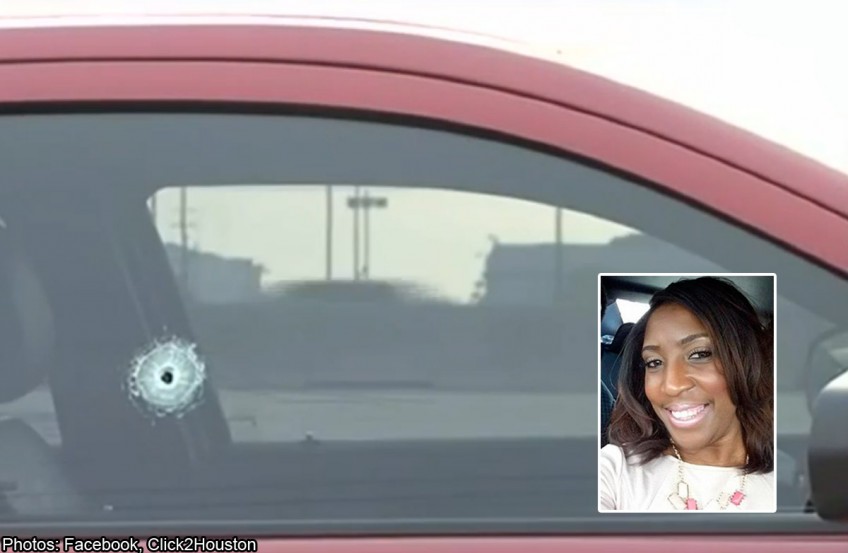 In an extreme case of road rage, a US woman was shot after sounding her horn at another motorist during rush hour.

The 28-year-old was involved in a confrontation with another driver on her way to work on Friday morning at around 7am on Interstate 45 North Freeway, reported ABC News.

Ms Kay Hafford was heading south and was trying to get on the freeway when she honked at a passing white SUV driven by a man.

The two drivers had an angry exchange.

The suspect then pulled alongside Ms Hafford's car and fired a shot through the passenger window before speeding off.

One bullet went through the woman's passenger-side window, hitting her at the back of the neck. Some of the bullet fragments went into her head as well, the authorities said.

The SUV driver then fled the scene.

DIDN'T KNOW SHE WAS SHOT

Surprisingly, Ms Hafford did not realise that she had been shot at first. The church singer pulled over her car by the road side and called 911 - only realising while on the phone that she was bleeding.

Assistant Chief Mark Herman said: "She called 911. She was incoherent because she was in and out of consciousness."

She was located after about 15 minutes and was taken to the hospital with the bullet still lodged in her neck.

Her husband of three years, Mr Kendrick, arrived at the hospital after a friend informed him about the shooting.

The husband later confirmed his wife was shot in the head but should be OK.

Ms Hafford was discharged from the hospital on Sunday.

Police are still looking for the suspect.

This article was first published on March 24, 2015.
Get The New Paper for more stories.