US evacuates all personnel from Yemen: State Dept 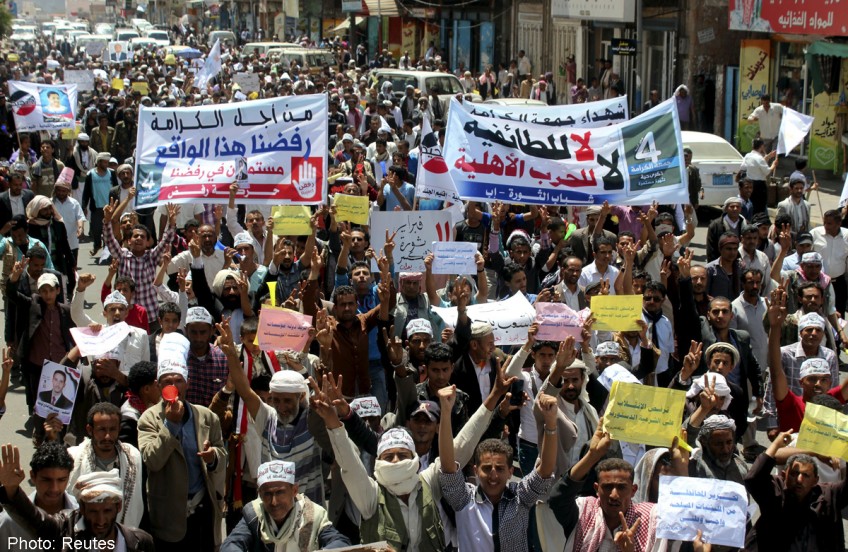 The United States said Saturday it will evacuate its staff from Yemen for security reasons, one day after several suicide bombings claimed by the Islamic State group killed 142 people in Sanaa. "Due to the deteriorating security situation in Yemen, the US government has temporarily relocated its remaining personnel out of Yemen," State Department spokesman Jeff Rathke said in a statement.

Violence-wracked Yemen is teetering on the brink of civil war, with Iran-backed Shiite Huthi rebels controlling the north and the south is dominated by allies of President Abedrabbo Mansour Hadi, who fled house arrest in Sanaa to Aden in February.

The United Nation Security Council said it would hold an emergency meeting Sunday on the Yemen crisis, while US troops were earlier evacuated from a key airbase in the south.

The United States said Hadi was informed of its decision and that Washington "will continue to engage the Yemeni people and the international community to strongly support Yemen's political transition." "We also continue to actively monitor terrorist threats emanating from Yemen and have capabilities postured in the area to address them," Rathke said.

Yemen has been torn by unrest since ex-strongman Ali Abdullah Saleh stepped down in early 2012 after a year-long popular uprising against him, with powerful armed groups sidelining the government since.