US evacuates around 75 staffers from Yemen embassy 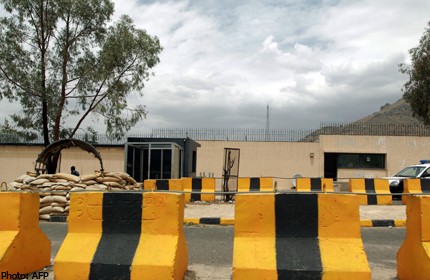 WASHINGTON - Some 75 staffers at the US embassy in Yemen have been evacuated aboard a US military plane because of a region-wide terror threat, a US official said Tuesday.

The plane, accompanied by a support aircraft, flew to the US air base in Ramstein, Germany, the official told AFP on condition of anonymity.

The Pentagon said earlier it was flying staffers out of Yemen in response to a request from the State Department amid worries over a possible al-Qaeda attack after a message from its leader urging an attack was reportedly intercepted.

"The US Department of Defence continues to have personnel on the ground to support the US State Department and monitor the security situation, Pentagon spokesman George Little said in a statement.

The State Department also urged Americans not to travel to Yemen and urged those there to leave right away.

Britain said Tuesday it had evacuated all staff from its embassy in Yemen.

An AFP correspondent in the capital Sanaa said that concrete barriers surrounding the British embassy have been raised higher as part of increased security measures across the capital.

A US-flagged passenger plane landed at Sanaa airport, the correspondent said, possibly to evacuate US nationals. Residents meanwhile reported that two drones had overflown the capital. The US is the only nation known to be operating drones within Yemen.