US firms urge Washington not to rush through landmark trade deal 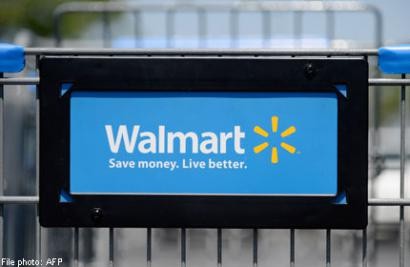 Major multinationals, like Wal-Mart and FedEx, have however expressed concern that the tight deadline could make U.S. negotiators vulnerable to compromise.

NUSA DUA, Indonesia - US multinationals have warned Washington not to compromise and weaken a landmark 12-nation Asia-Pacific free trade agreement in order to complete the deal by the end of this year.

After three years of talks, President Barack Obama's administration is making a final push to finalise the proposed Trans-Pacific Partnership (TPP), that would establish a free-trade bloc that would stretch from Vietnam to Chile.

The ambitious agreement would encompass 800 million people, about a third of world trade and nearly 40 percent of the global economy.

Obama had hoped to personally iron out the deal with other leaders at the Asia-Pacific Economic Cooperation (APEC) summit in Indonesia this week, but was forced to cancel at the last minute because of the US government shutdown.

"(Obama) set a very aggressive goal to try and get the TPP agreements done by the end of the year," US Commerce Secretary Penny Pritzker told reporters on Sunday on the sidelines of the APEC meeting.

Major multinationals, like Wal-Mart and FedEx , have however expressed concern that the tight deadline could make US negotiators vulnerable to compromise.

"For Wal-Mart, we would like to see a high-quality agreement, which is that no sectors and no products are excluded. That there are no compromises that leak into the process for the purpose of speed," Scott Price, the US retailer's CEO in Asia, told Reuters.

"If it takes more time in order to have a high quality agreement, that's what we should have."

US government officials have indicated that the agreement might not eliminate all tariffs between the 12 countries, consisting of the United States, Japan, Canada, Mexico, Australia, New Zealand, Peru, Chile, Vietnam, Malaysia, Singapore and Brunei.

The United States is under pressure in the talks to eliminate import restrictions on politically sensitive products like sugar, dairy, footwear and clothing.

In exchange, its partners would adopt new rules on digital trade and the operations of state-owned enterprises, and bolster protections for workers and the environment.

Washington, which has touted the deal by saying that 5,000 US jobs are created for each extra $1 billion in exports, could seek to exclude some of the 11 countries to ensure an agreement was reached on time.

"The president has not only pushed us internally but also his counterparties in other countries to say that we will move forward and maybe not everyone will be there at the time and you can go in the second round," Pritzker said.