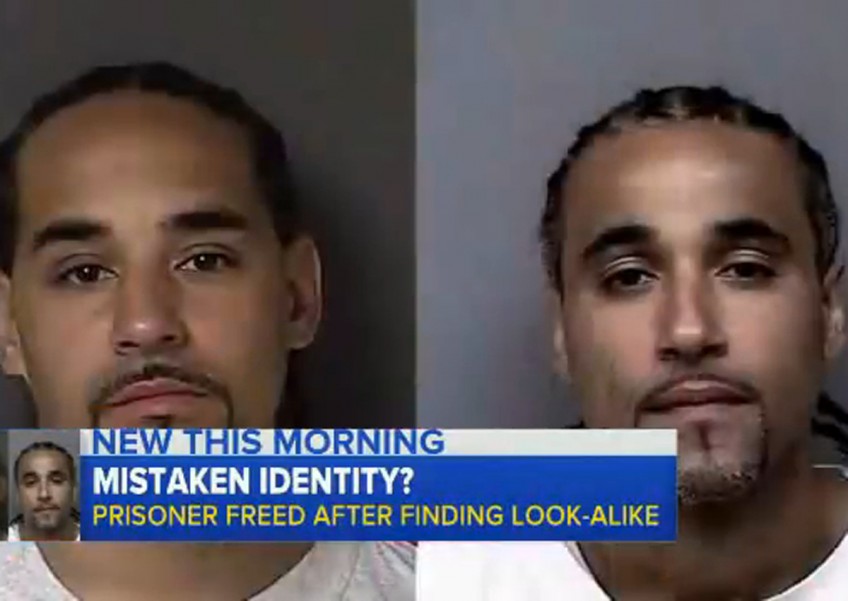 KANSAS - A man in Kansas, United States is seeking compensation after being wrongfully incarcerated for 17 years for a crime committed by his doppelgänger.

Richard Anthony Jones, 42, filed a petition for an official declaration of independence on Aug. 29 in Johnson County District Court, as reported by The Kansas City Star on the same day.

He is also seeking $65,000 for each year of his imprisonment, or a total of $1.1 million (S$1.5 million), alongside his lawyers' fees and costs, tuition, housing assistant and counseling.

"Jones now asks this court to officially recognise his innocence, so that he may close this painful chapter of his life and obtain the clean slate and financial support that the Legislature intended for wrongfully convicted persons," wrote Jones' lawyers.

With regards to the amount Jones is seeking, the petition said, "This compensation is relatively small given the unfathomable hardship of seventeen years of wrongful imprisonment."

"It is hard to imagine how Jones can truly get a fresh start without the assistance sought, having lost so many years behind bars when he could have been getting an education, developing his skills, and pursuing and rising within his chosen profession," stated his lawyers in the report.

Jones was incarcerated in 1999 after he was found guilty of robbing a woman in Roeland Park Walmart's parking lot. He was sentenced to 19 years of imprisonment, with prosecution identifying him from eyewitness' accounts despite Jones presenting a witness proving his alibi.

Jones learned that he has a doppelgänger years after he was convicted, the report said. His lawyers identified the man as Ricky Lee Amos.

They presented in a court hearing the victim's as well as the witnesses' testimonies, stating that when the photos of Jones and Amos are put side by side, they couldn't identify who was the robber.

"It took a big chunk of my life that I can never get back," Jones told The New York Times last Thursday, Aug. 30. "I am just trying to get stable in my everyday life. I am still transitioning."

"I just want my name to be clear," he noted.