US President Donald Trump and North Korean leader Kim Jong-un, shown during a Seoul television news programme, are scheduled to meet in Hanoi next week.

US officials negotiating with North Korea to rid the country of nuclear weapons do not know if Pyongyang intends to accept that goal, a senior administration official said on Thursday, contradicting earlier comments made by US President Donald Trump and his administration.

"I don't know if North Korea has made the choice yet to denuclearise, but the reason why we're engaged in this is because we think there's a possibility that North Korea can make the choice to fully denuclearise, and that's why the president has assigned such a priority to engaging with them," a senior administration official said in a briefing with reporters.

The comments come amid preparations for a second summit meeting between Trump and North Korean leader Kim Jong-un, scheduled to take place next week in Hanoi. The first meeting, held in June in Singapore, ended with commitments to work toward normalisation of US-North Korea relations as well as a denuclearisation plan, which has been criticised for a lack of details.

Since then, Trump's North Korea diplomacy has been called into question as military analysts have flagged the existence of hidden military bases capable of deploying nuclear-tipped missiles. 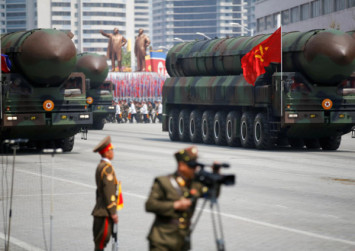 "Of course we've had no denuclearisation since Singapore," Bruce Klingner, a former deputy division chief for Korea at the CIA, said at a Heritage Foundation event with journalists on Thursday, around the same time as the White House briefing.

"In fact North Korea continues to nuclearise," said Klingner, now a senior research fellow at the Heritage Foundation. He cited intelligence leaks and satellite imagery showing that the hermit country has expanded and refined its facilities for making mobile missile launchers and materials that can sustain a nuclear chain reaction, among other nuclear armament infrastructures.

North Korea has more than a dozen operating missile bases that its government has not declared, according to reports published in November by the Beyond Parallel programme of the Centre for Strategic and International Studies (CSIS), a Washington-based think tank.

The network is designed to maintain Pyongyang's ability to launch missiles capable of reaching the continental US, even after joint air strikes by South Korean and American forces, the reports said.

Immediately after the Singapore summit, Trump told reporters that he expected Kim to begin dismantling his nuclear arsenal "very quickly".

Read Also
Kim Jong Un to travel to Hanoi by train and car for summit with Trump: Sources 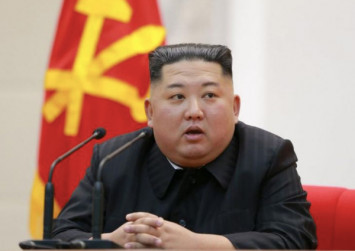 "During President Trump and Chairman Kim's historic Singapore summit, Chairman Kim committed to work towards the complete denuclearisation of the Korean peninsula," US Secretary of State Mike Pompeo said in September in an address to the UN Security Council.

Pompeo also testified at a contentious Senate Foreign Relations Committee hearing in July that North Korea had "agreed to denuclearise fully". At that hearing, senators including Democrat Bob Menendez accused the Trump administration of being secretive about Trump's discussions with Kim.

Those concerns have prompted a group of high-ranking Democrats in the US House of Representatives, who now control the chamber's investigative committees, to request a more timely briefing from Pompeo about the upcoming summit.

"There is no legitimate reason for having failed to provide regular, senior-level briefings to the relevant committees of jurisdiction on a matter of such significance to our national security," said the letter, dated February 21, from representatives including House Foreign Affairs Committee Chairman Eliot Engel.

Trump and Kim aim to reach an agreement on the meaning of denuclearisation when their delegations meet in Hanoi, the senior administration official said in Thursday's briefing to reporters. 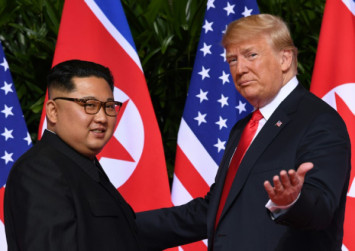 "Eventually we are going to need a full declaration [of nuclear weapons facilities in North Korea] in order to complete the process of denuclearisation," the official said.

A consensus between Pyongyang and Washington on what denuclearisation means must be part of a detailed and comprehensive road map that "clearly delineates everyone's responsibilities", said Klingner, criticising the administration's acceptance during last year's talks of "another vague, poorly crafted agreement".

"The denuclearisation section was weaker than the September 2005 six-party talks statement," the former CIA official said, referring to multilateral discussions that took place between the US, China, North Korea, Japan, South Korea and Russia more than a decade ago.

Whatever outcomes are secured next week, he urged Trump and his administration to "stop the hype - don't do your end-zone dance too early."

In the unlikely event of a breakthrough agreement, he said, "we also have to remember that implementation has always been the failing point for agreements with North Korea."

Besides faulting the president for overplaying progress, Klingner criticised Trump for glorifying Kim - whom the US president has praised as "smart" and "talented" - and for his administration's cancelling joint military exercises with South Korea.

Read Also
'Pyongyang not the enemy': South Koreans fed up with military service 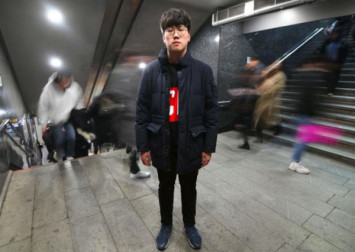 Halting the military games "is the gift that keeps on giving for North Korea", said Klingner, adding that it "risks degrading the allied deterrence and defence capability the longer it goes on".

There is concern in Seoul and Tokyo that the US could include a commitment to pull the US military out of South Korea as an inducement in its negotiating strategy, Klingner said.

Asked during the White House briefing whether the US was prepared to withdraw its troops from South Korea in exchange for a formal treaty ending the Korean war, another senior administration official said that such a quid pro quo "isn't really an operative discussion so far".

An armistice agreement ended the Korean war's active battles in 1953. A formal agreement to end the war was never signed.