US no longer a 'friend' in Merkel election programme 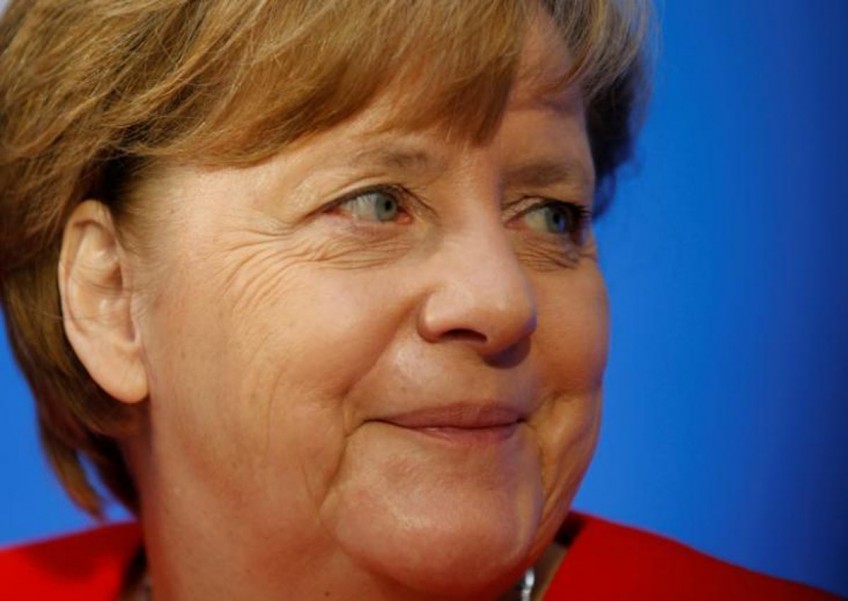 BERLIN - In their campaign programme for the German election, Chancellor Angela Merkel's conservatives have dropped the term "friend" in describing the relationship with the United States.

Four years ago, the joint programme of her Christian Democratic Union (CDU) and its Bavarian sister party, the Christian Social Union (CSU), referred to the United States as Germany's "most important friend" outside of Europe.

The 2013 programme also described the "friendship" with Washington as a "cornerstone" of Germany's international relations and talked about strengthening transatlantic economic ties through the removal of trade barriers.

But the words "friend" and "friendship" are missing from the latest election programme - entitled "For a Germany in which we live well and happily" - which Merkel and CSU leader Horst Seehofer presented on Monday ahead of a Sept. 24 election.

Instead, the United States is described as Germany's "most important partner" outside of Europe. CDU officials were not immediately available to comment on the change in wording.

The change in wording underscores how relations between Berlin and Washington have deteriorated since US President Donald Trump entered the White House in January.

During his campaign for the presidency, Trump said that Merkel was "ruining" Germany with migration policies he described as "insane".

He has repeatedly denounced Germany's trade surplus with the United States, accused Berlin and other European partners of owing "massive amounts of money" to NATO, and unsettled western partners with his decision last month to pull out of the Paris climate accord..

A survey by the Pew Research Center last week showed that just 35 per cent of Germans have a favourable view of the United States, down from 57 per cent at the end of President Barack Obama's term.

Merkel is due to host Trump and other leaders at a G20 summit in Hamburg later this week.

In place of the 2013 passage about strengthening economic ties, the 2017 programme refers to historical US support for Germany after World War Two and in the run-up to German reunification.

The new CDU/CSU election programme also repeats a line that Merkel used in a speech in Munich in late May after a difficult summit of G7 leaders, where Trump resisted pressure from six other nations to stay in the Paris agreement.

"The times in which we could fully rely on others are, to a certain extent, in the past. We Europeans must take our fate into our own hands more decisively than we have in the past," the programme reads.

While affirming Germany's commitment to the NATO military alliance, the programme says that the EU must be in a position to defend itself independently if it wants to survive in the long run.

It also adds a special section entitled "Germany and France as the Motor of Europe" which vows to "reinvigorate the friendship" between the two countries.

"We are ready, together with the new French government, to further develop the euro zone step by step, for example through the creation of its own monetary fund," it reads.

But it also rules out the mutualization of debt in Europe and says that "solidarity" will only be possible if EU countries stick to the rules of the bloc's Growth and Stability Pact.