US reveals death tolls from drone and air strikes 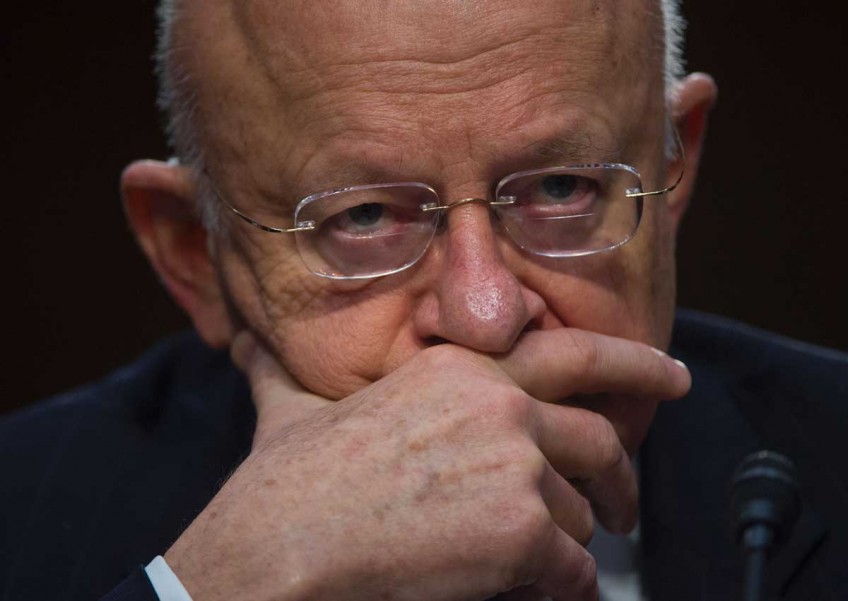 The Director of National Intelligence, James Clapper, said somewhere between 64 and 116 civilians were killed in the strikes, and up to 2,581 combatants.
AFP

WASHINGTON - The United States on Friday lifted the lid on one of the most controversial tactics of President Barack Obama's secretive counter-terror campaign, detailing for the first time the number killed in air strikes in countries like Pakistan and Libya.

At the same time, the White House released an executive order outlining the steps that should be taken to reduce civilian casualties in America's ongoing battle against violent extremism.

In a much-anticipated report, the Director of National Intelligence provided fatality estimates for the 473 strikes between 2009 and 2015 that he said were conducted outside America's principal war zones in Iraq, Syria and Afghanistan.

The DNI said somewhere between 64 and 116 civilians were killed in the strikes, and up to 2,581 combatants.

Such attacks are typically conducted via drones, though manned warplanes and missiles have also been used.

Though the US military routinely releases information on strikes targeting the Islamic State group and other organizations, mainly in Iraq and Syria, it is the first time the Obama administration has published a toll from its strikes elsewhere, in countries like Libya, Somalia and Pakistan.

The release comes after rights groups and the media for years demanded a better accounting of such military actions under Obama, and many questioned the legality of the strikes.

Critics have long alleged that US strikes - especially drone strikes - kill far more civilians than the administration claims, and Friday's release did not appear to change that narrative.

Observers also say that without better transparency, it is impossible to gauge the accuracy of US fatality assessments.

The American Civil Liberties Union, for instance, welcomed the release of information but said it was too narrow in scope and left the US public unsure the government deploys lethal force legally.

"It's hard to credit the government's death count, which is lower than all independent assessments," said Hina Shamsi, director of the ACLU's National Security Project.

"The government continues to conceal the identities of people it has killed, the specific definitions it uses to decide who can legitimately be targeted, and its investigations into credibly alleged wrongful killings."

Even the DNI seemed to acknowledge the possible weakness of its own numbers.

"Although the US government has access to a wide range of information, the figures released today should be considered in light of the inherent limitations on the ability to determine the precise number of combatant and non-combatant deaths given the non-permissive environments in which these strikes often occur," the DNI said in a statement.

Often, neither the military nor US intelligence agencies are able to send an operative to the scene of a drone strike, making it all but impossible to definitively assess how many people were hit.

Laura Pitter, senior US national security counsel at Human Rights Watch, said Obama had failed to explain who the campaign targets and why, so there is no way to verify purported casualty figures.

"Unless details are provided on specific incidents, it's not possible to determine if individuals killed were civilians, and thus whether the US is complying with its own policy and with international law," she said.

The White House meanwhile released an executive order that sets out best practices that can be applied to future strikes, regardless of where they are conducted.

"Civilian casualties are a tragic and at times unavoidable consequence of the use of force in situations of armed conflict," Obama's order states.

Among its provisions are requirements for the US government to acknowledge responsibility for civilian casualties and to offer condolences and payments to injured civilians and the relatives of those killed.

"The US failure to even acknowledge strikes in the past, let alone compensate for harm caused, has generated an enormous backlash in many communities," Pitter noted.

The order also undertakes to consider information from other sources, such as nongovernmental organizations, in determining civilian casualties.

However, a future president could easily scrap the order, and critics point to the irony of its timing - coming at the end of Obama's eight-year term, during which he kept his counter-terror strikes under close wraps.

"If we can press this administration to make good on the commitments that are in this executive order, it could be huge," said Naureen Shah, a program director at Amnesty International USA.