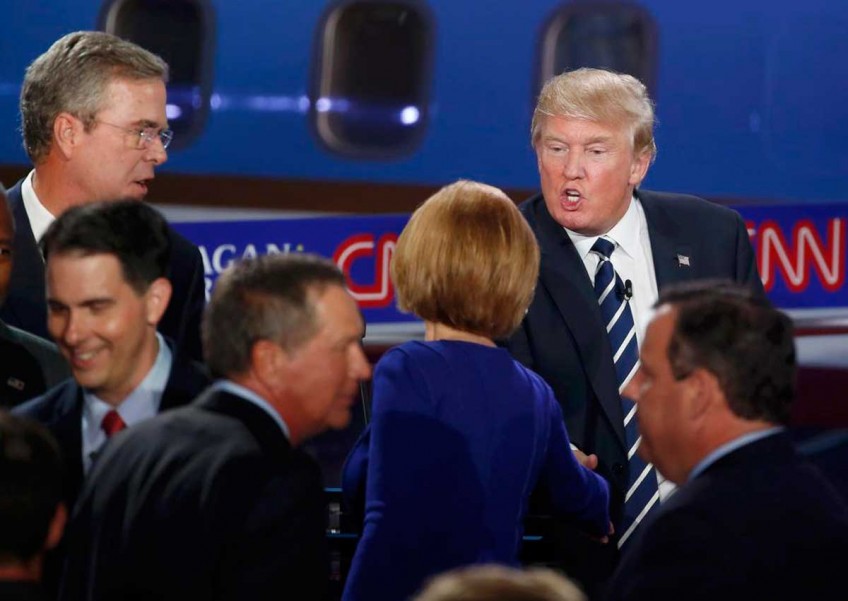 The CNN/ORC poll had Trump still leading the field, with 24 percent of Republican voters supporting him, but that total was down eight percentage points from earlier this month.

"The only poll that matters is the big one. You know that one. It's going to be the election," Trump told CNN's "State of the Union" in a telephone interview, saying he was surprised by the results.

Fiorina, meanwhile, gained after a strong debate performance in which she icily skewered the brash real estate mogul for disparaging her looks in comments reported by Rolling Stone magazine.

"I think women all over this country heard very clearly what Mr. Trump said," Fiorina said in Wednesday night's debate.

The CNN poll had her at 15 percent, just ahead of Ben Carson, the mild-mannered brain surgeon who in recent weeks has been Trump's closest challenger.

Trump said Fiorina had had a "good night" but said she had been given easy questions.

"You gave her some beautiful softballs," he told "State of the Union" host Jake Tapper, who moderated the Republican debate.