US woman finds suspicious pills in takeout plates of salad 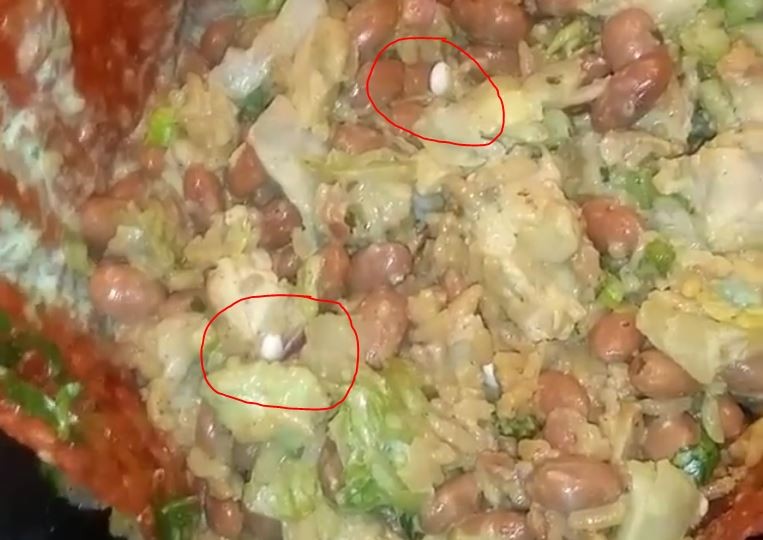 A woman in California found suspicious pills in her and her daughter’s plates of salad.

Gina Franco took to her Facebook Tuesday to share that there were white specks in her salad, and took out six of them and put it in a ziplock plastic. She added that her daughter too found some in her salad.

Franco said she ordered the salad via drive-thru at a local El Polo Loco fast-food chain. Upon seeing the specks, she called the manager, who then apologized to her, as reported by KABC.

“She apologised on the phone, and said—I don’t know if it was something to be funny—but she said, ‘We do have a new burrito guy on the line and maybe he messed up on something,'” Franco was quoted in the report as saying.

The woman then went to the store to talk to the manager personally. “Her reaction was like. ‘I’m sorry. These are something we definitely don’t carry,'” she recalled the manager telling her. “These do look like pills don’t they?”

She was then given a refund, then called the Riverside County Sheriff’s Department to investigate. She said that authorities found the pills to be negative for narcotics. However, the pills were liquified to find out what chemicals were in it.

The fast-food chain spokesperson released a statement on the matter: “This is the first we have heard of this video and we are very concerned. We take all claims seriously and value our customers and their experience at our restaurants. We immediately opened an investigation and are attempting to contact the customer directly.”