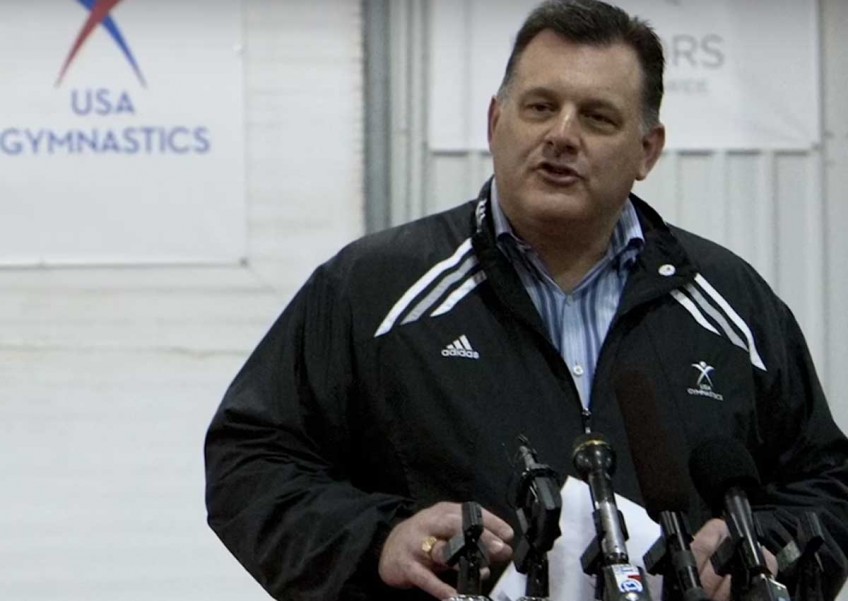 The president of USA Gymnastics resigned on Thursday in the wake of a scandal in which accusers say he was slow to notify authorities about sexual abuse allegations.

Gymnastics chief Steve Penny had faced mounting calls to quit following allegations by hundreds of women who say they have been sexually abused, many of them by former national team doctor Larry Nassar during training camps.

"My decision to step aside as CEO is solely to support the best interests of USA Gymnastics at this time," Penny said in a statement, adding that he had been distraught to learn of the abuse claims.

"It has been heartbreaking to learn of instances of abuse and it sickens me that young athletes would be exploited in such a manner," he said.

More than 350 gymnasts were reportedly abused according to an investigation by the Indianapolis Star, which found the national governing body did not ban coaches for several years -- even after they had been convicted of sex crimes -- and sometimes failed to alert police of accusations.

Penny stepped down during a USA Gymnastics board of directors conference call. The panel accepted his resignation and named board chair Paul Parilla to guide the organisation during the search for Penny's replacement.

"The board believes this change in leadership will help USA Gymnastics face its current challenges and implement solutions to move the organisation forward in promoting a safe environment for its athletes at all levels," Parilla said.

"Today's announcement will hopefully allow USA Gymnastics to shift its attention to the future with a secure environment for its athletes and continued success in competition," said US Olympic Committee chairman Larry Probst.

But that did not satisfy everyone.

'End of the beginning'

Attorney John Manly, who represents more than 70 women who accuse Nassar of abuse, continued to push for the decertification of USA Gymnastics as the sport's national governing body.

"The tacit culture of acceptance of child sex abuse was fostered not just by Mr. Penny, but many of the long-term members of the board.

"Make no mistake, this resignation is the result of the brave women who publicly spoke out about their sexual assault at the hands of Dr. Larry Nassar and the many other coaches who savaged children while USA Gymnastics looked the other way."

Among Penny's harshest critics was Dominique Moceanu, who at 14 was the youngest Olympic gold medalist ever. Now 35, she told the Star that Penny should resign for "dereliction of duty" because "time and time again he has been at the forefront of ignoring (sexual abuse)."

Penny joined USA Gymnastics in 1999 and became its president in 2005 as American women gymnasts began an impressive Olympic run. US gymnasts have won the past four Olympic all-around gold medals.

USA Gymnastics said it would "move forward the initiatives currently in progress to strengthen and refine its policies and procedures for handling sexual misconduct."

An independent evaluation into how to better protect young gymnasts by Deborah Daniels, a former federal prosecutor, is expected to be completed by June.

"USA Gymnastics and the entire gymnastics community must work together to focus on keeping athletes safe," Parilla said. "We believe Ms. Daniels' recommendations will identify areas where we can strengthen and refine how we handle sexual misconduct as an organisation."