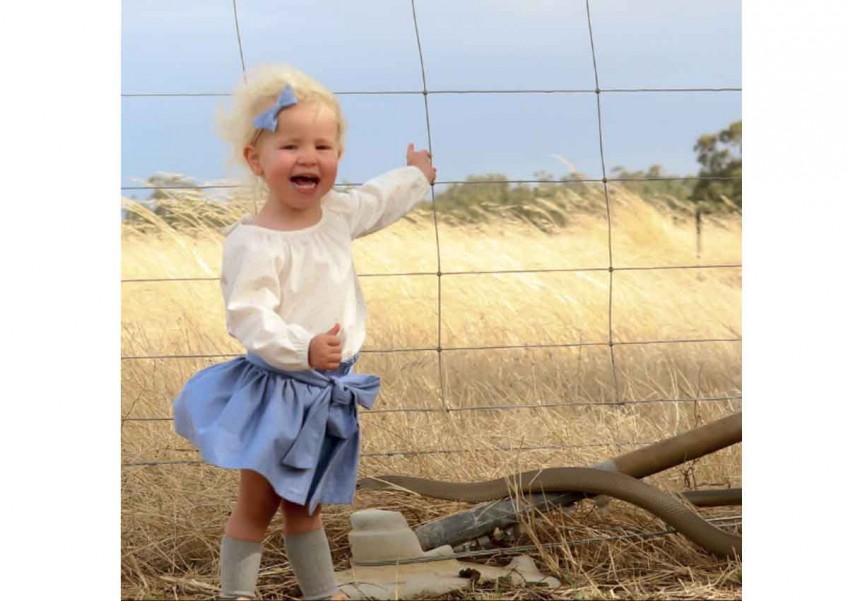 Snakes can come out of nowhere when you're out in the country in Australia.

As mother Bianca Dickinson found out when she was playing around and snapping photos of her 2-year-old daughter, Molly, at the end of her home's driveway in Victoria, Australia.

It turns out a large, venomous snake had photobombed the shot, but Dickinson was oblivious to it at the time.

"I was looking through my camera lens and was looking at my daughter. I saw something move in the corner of my eye and actually thought it was bark coming off the tree - yesterday in Victoria it was quite windy - I then looked up to see where the bark had gone," she told ABC News.

It soon dawned on Dickinson that the "bark" was actually a snake. While it had moved away from her daughter, it was still close enough to be a threat.

"All my instincts wanted to run and pick her up and scream and run away," she told the news outlet. "I stayed still and luckily so did she and it just slithered off."

It's not known if the snake was an eastern brown or a king brown. Both are highly venomous, but the king brown is generally not found in Victoria.

A pretty close call, regardless.