Vietnamese in Ukraine and Russia find themselves with divided loyalties

Pham Van Bang, a 62-year-old from Hanoi, was a teenager when he last sheltered from enemy bombs at the end of the Vietnam war. Almost five decades later, he once again hears air raid sirens almost daily amid Russia's ongoing invasion of Ukraine.

"I still hear the sound of rockets whistling, the sound of bombs dropping and exploding, very scary," said Bang in a phone interview from Kyiv, where he has lived since 1994.

Bang, who is the chairman of the Vietnamese Association in Kyiv and owner of a plastic packaging factory in the city, added that the 8,000 members of Ukraine 's Vietnamese community were united in support of their adoptive home's war effort.

"Putin poisoned and instilled in the heads of the Russian people that the current Ukrainian government is a fascist government, but all Vietnamese in Ukraine support Ukraine and President [Volodymyr] Zelenskiy's government," said Bang, who attended university in Moscow from 1978 to 1983. "We do not see the image of fascism here."

Bang favourably compared the Ukrainian military to the Vietcong and called Ukraine's defence a "resistance war", the same term used in Vietnam to refer to both the anti-colonial struggle against France and the later fight against the US.

But while Ukraine may enjoy the support of its local Vietnamese community, Bang laments that his compatriots in Russia see things differently. He has unsuccessfully tried to persuade his friend and former classmate Le Dinh Vu, who heads the Vietnamese Association in St Petersburg, to renounce the invasion.

Vu, 61, said in a phone interview that from what he has seen on Russian television, he is inclined to take President Vladimir Putin at his word.

"If everything President Zelenskiy has done is exactly what Mr. Putin has said, then I agree with Russia's fight against Ukraine, and it is certainly a must," said Vu, likening Putin to former US President Donald Trump . "While Trump's slogan is to make America great again, Putin wants to make Russia great again."

Bang expressed frustration with his friend, saying that their conversations across battle lines had not budged Vu. He added that such arguments are not limited to diaspora Vietnamese living within the former Soviet Union.

Pham Quang Minh, a former dean of the University for Social Sciences and Humanities in Hanoi, said while Russia has long enjoyed high regard in Vietnam, there has been no clear national consensus in support of the war.

"The Vietnamese people at large are divided," Minh said.

With Hanoi attempting to navigate a diplomatic middle ground between the warring countries, Vietnam's tightly-controlled state media has generally opted to present the basic facts of the war without a clear editorial line, leaving netizens to fiercely debate the topic.

Carl Thayer, an emeritus professor at the University of New South Wales and specialist on Vietnamese defence, explained that Vietnam's long history with post-Soviet nations contributed to differing views.

The Soviet Union was a top destination for Vietnamese students during the Cold War, with many alumni of Soviet universities currently holding senior positions in both the public and private sectors.

"The split in the Vietnamese community over the war in Ukraine is the result of the personal experiences of studying, living and working in Russia or Ukraine," Thayer said.

At the start of the invasion, strong support for Russia emanated from high-profile retired officers from the defence and public security ministries, Minh said.

"There were some personalities in the beginning, they were supporting Putin and Russia very strongly," he said, alluding to commentary from retired Vietnamese generals and colonels.

In an early March interview with the Vietnamese service of Russia's Sputnik news agency, retired Colonel Le The Mau said "Russia is destroying the rising neo-fascism in Ukraine to save the world from the danger of a new world war in Europe". 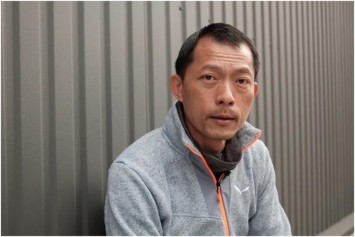 Later that month, retired Major General Le Van Cuong, former director of the Strategic Studies Institute of the Ministry of Public Security, predicted in an interview with Dan Tri that Ukrainian surrender was the most likely outcome of the war.

But following the retreat of Russian forces from the Kyiv region and Russia narrowing its stated war aims to capturing the Donbas, Minh said the pro-Russia commentators began losing confidence.

"They believed in such kind of propaganda and the point of view of Russia, but in the end they realised it was not correct," Minh said.

For the thousands of Vietnamese living in Ukraine, the war continues to present high stakes. One of its community members, 27-year-old Nguyen Van Minh, died on a Donbas battlefield in May while serving in the Ukrainian National Guard.

Bang, who evacuated to Vietnam for two months before returning to Kyiv, estimated that only around 50 Vietnamese remain in the capital. He added that his friends were "poisoned by information from the Putin government".

But his friend Le Dinh Vu in St Petersburg said he had advised the local community to distance themselves from the conflict.

"The vast majority of the Vietnamese community in Russia supports Putin's fight against Ukraine, but we also said we should not interfere in this matter," Vu said. "I shouldn't go to a rally to support or protest against, because I wouldn't know exactly what to say."