Warning to parents: Are your kids playing the 'Blue Whale' online game?

Parents, are you aware of what your children are doing on the Internet?

It was previously reported that fake and disturbingly violent episodes of children's cartoon 'Peppa Pig'  on YouTube were being unknowingly screened to tots.

Now, it's not just children's shows that are at risk of being abused.

An online game called 'Blue Whale' has reportedly been linked to hundreds of deaths in Russia, after unidentified administrators asked participants to commit suicide, reported the BBC.

Blue Whale is believed to have originated in Russia and is a challenge-based game played through social media platforms, where participants carry out various daily tasks set by an administrator of a group. They have to complete all the tasks to 'win' the game by racking up 50 points.

The tasks start off innocuously enough - such as waking up at odd hours, or watching a scary movie, but gradually escalate into self-harm… and on the last day, suicide.

The Khaleej Times reports that players have to send photographic evidence upon completion of each task, or they will receive threats from an administrator.

A Russian boy was saved from jumping off a block of flats in March, reported The Sun. He was standing on the roof, ready to 'win' the game, when eyewitnesses spotted him.

Last year, two schoolgirls died after falling from the 14th floor of an apartment block. Their last social media posts had been ominous, with one of them posting an image of a blue whale.

According to The Siberian Times, Russian investigative newspaper Novaya Gazeta reported last year: "We have counted 130 suicides of children that took place between Novermber 2015 to April 2016.

"Almost all these children were members of the same internet groups and lived in good, happy families."

British police have issued warnings about the game to members of the public, although it remains unconfirmed if the game has made its way to British shores. At present, there are also no reports about the game in Singapore. 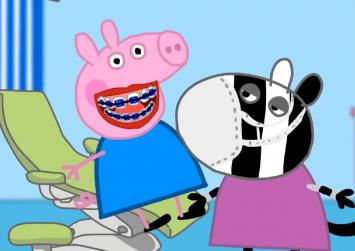 With the Internet, however, it might only be a matter of time before other sinister games like Blue Whale touch down here. It is always better to err on the side of caution, and be aware of what your child, sibling or friend is doing on the Internet.

If you notice them exhibiting signs of self-harm or posting content online that is uncharacteristic of them, inform their family members or call the following helplines.