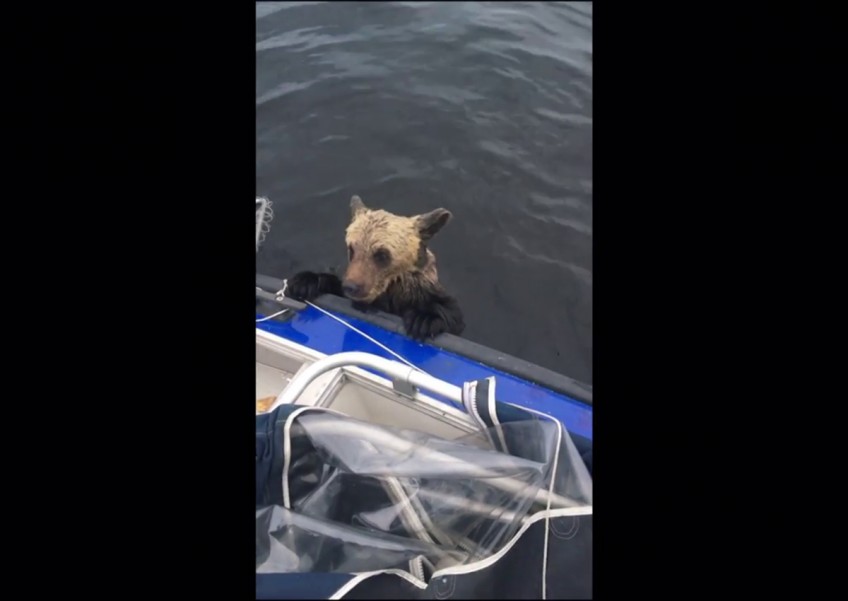 Fishermen pulled two wild brown bear cubs from Lake Vygozero in the Russian part of the republic of Karelia in late September, shows footage released on Tuesday and filmed by Ruslan Nikolaevich Lukanin.

The two frightened cubs had lost sight of their mother whilst crossing the lake, and were left stranded and unable to swim to the other side.

On spotting them, the fishermen rushed to their rescue and used a wide net to fish the drenched cubs from the waters and onto their boat, where they were then towed back to safety and released.