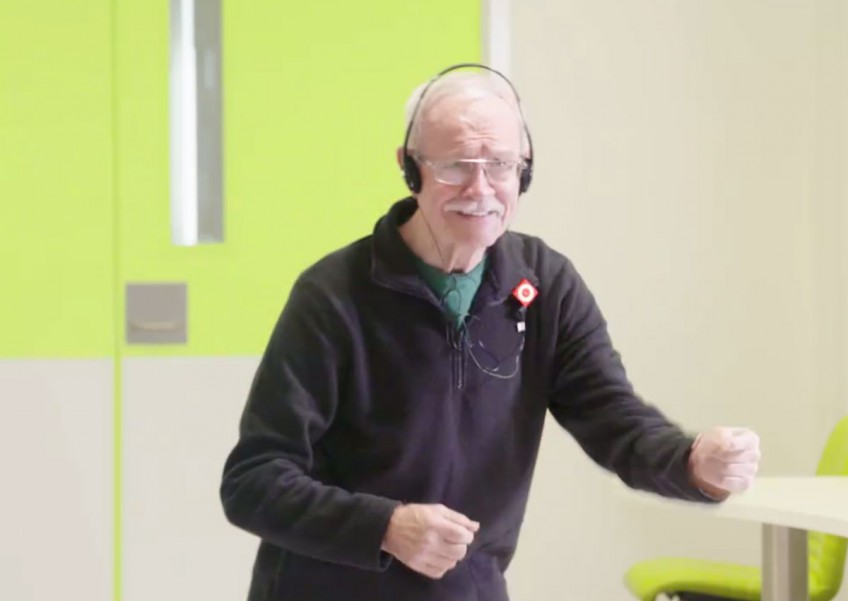 Elvis is still the King. Especially for John "Sean" O'Malley.

The Australia man lives with dementia and has been staying at Blacktown Hospital in New South Wales. The condition makes him "distressed, angry, and agitated," according to Western Sydney Health. But crank on a bit of "Heartbreak Hotel" and his mood changes, just like that.

"His whole behaviour has changed, so for us at home, we haven't been so worried about how he's going here at hospital," O'Malley's daughter, Trish Scerri said in the video, released by the health service.

"We know that this music has brought a lot of happiness while he's been here ... and he's been dancing around the ward since it's been happening."

The power that music has on dementia patients is well-noted, as you may remember in this impactful video from a few years back.

Watching music bring joy to people lives is something we'll never get tired of seeing.