We have to talk about the "gay purge" in Chechnya, Russia

This is something I take no pleasure in reporting yet I know people need to be aware of it: In Russia, members of the LGBTQ community are being persecuted like filthy criminals.

It's a horrifying struggle that actually started two years ago. Russian opposition newspaper Novaya Gazeta first reported on the "gay purge" in the Russian republic of Chechnya. The purge, it said, began after the organisation GayRussia sought permits for pride parades in four cities. According to Georgia Voice, "Though there were no plans for the parade to be held in Chechnya, authorities gave the command for a 'prophylactic sweep' of gays in the region."

While their government denied the allegations, in an interview with HBO reporter David Scott, their president Ramzan Kadyrov was quoted as saying, "We don't have those kinds of people here. We don't have any gays. If there are any, take them to Canada." He added, "Take them far from us so we don't have them at home.

To purify our blood, if there are any here, take them." He further told Interfax, "In Chechen society, there is no such thing as nontraditional orientation: our people have for millennia lived by different rules prescribed by God Almighty and dictated by the moral and ethical norms of interpersonal relations."

Government spokesperson Alvi Karimov echoed this and insisted, "If there were such people in Chechnya, law enforcement agencies wouldn't need to have anything to do with them because their relatives would send them somewhere from which there is no returning."

In line with this, Them noted that, "police are suspected of ordering so-called "honour killings," in which family members are tasked with killing relatives identified as undesirable by the government.

Novaya Gazeta writer Elena Milashina further wrote in one of her articles that "Families tend not to speak up about any police abuse against their relatives once they find out their family member is gay. And of course honour killings, which are also widespread in Chechnya and often left uninvestigated, naturally makes the LGBT community a primary target."

Though the horrifying events went largely unnoticed, the US State Department eventually issued a report confirming the violence occurring in Chechnya. And in December 2018, the Organisation for Cooperation and Security in Europe issued a report on "Human Rights Violations and Impunity in the Chechen Republic of the Russian Federation." 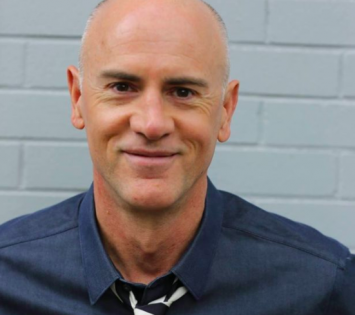 Investigations reveal that "the findings indeed do confirm the major allegations and show that there is a problem of total impunity of the security forces." It included a report on how 27 men were killed in Grozny on one night in Jan. 2017, who were suspected of "terrorist" activity and summarily executed. It also provided examples of how torture was performed.

According to Them, many survivors "described being subjected to electric shocks during torture and interrogation; others spoke about being stripped naked and beaten, or forced to fight each other." One victim was allegedly told, "Either we will kill you, or we will lock you up in a psychiatric ward and throw away the key. The only alternative is that you undergo an exorcism."

Sadly, two years since, this is still very much prevalent. Just these last few weeks, it was reported that observers estimate 40 have been detained and at least two killed after being tortured by Chechean authorities.

Dazed further notes that "According to various reports, including Human Rights Watch, hundreds of Chechen gay men have been captured, tortured and some even murdered for being homosexual or in any way associated with the LGBT community. Among them, religious leaders close to Chechen leader Ramzan Kadyrov, TV celebrities and public people from Grozny and other cities."

In addition, Novaya Gazeta also reportedly confirmed that abducted men are kept in a prison in the Chechen town of Argun. "There, in a concentration camp-like setting, the investigation claims, the men are repeatedly tortured so as to reveal names of other known gay people in the country."

Needless to say, the Chechen authorities continues deny all of this. Despite the initial outcry, governments were slow to respond. Most of the relief has actually been coming from NGOs, who at least were able relocate around 150 Chechens. Groups like Amnesty International, Immigration Equality, and RUSA LGBT continue to press for action from world leaders.

The abuse is truly shocking and deplorable-but the lack of global attention to this modern-day witch hunt and the fact that it is continued to be swept under the rug is equally horrifying. I admit I have only recently got wind of this news, and I am so ashamed of myself. Reading about these reports is so heartbreaking and surreal, it reminds me of that painful scene from V for Vendetta. Why it's still happening in this day and age is beyond me.

If you want to help, spreading awareness would be a first good step. You can also sign and share this Change.org petition initiated by Igor Yasin, a Russian LGBT activist. Its goal is to get the Prosecutor General of Russia to immediately investigate mass abductions and torture of gay men in the Chechen Republic. Signing it will also keep you updated about the situation and Igor's further efforts on the ground.