Tedros Adhanom Ghebreyesus, Director-General of the World Health Organisation (WHO), attends a news conference in Geneva, Switzerland, on Dec 20, 2021.

The World Health Organisation has called for rich countries to pay their “fair share” of a US$16 billion (S$22 billion) shortfall to fund tools it says could end the emergency phase of the Covid-19 pandemic this year.

It came with many wealthy countries gradually easing their Covid-19 restrictions as numbers of cases fall and vaccinations rise.

In the latest weekly epidemiological report released by the WHO on Tuesday, the case counts for January 31 to February 6 fell 17 per cent worldwide from the previous week, including decreases of 50 per cent in the United States, 26 per cent in France and 22 per cent in Germany – the three countries that recorded the most cases that week.

“But wherever you live, Covid isn’t finished with us. Diseases know no borders, and as we all know from Omicron, any feeling of safety can change in a moment.”

“The biggest barrier we face to ending the pandemic as a global health emergency is ensuring all people, in every country, have access to those tools,” Tedros said.

“Science gave us the tools to fight Covid-19; if they are shared globally in solidarity, we can end Covid-19 as a global health emergency this year,” said a WHO statement issued at the launch.

Read Also
Covid-19 disrupts health services in over 90% of countries: WHO 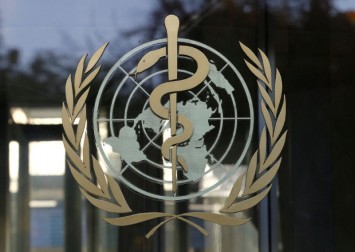 US$23.4 billion was needed to fund vaccines, tests and treatments for those countries until September 2022, according to an ACT Accelerator budget released last October.

So far, US$814 million had been pledged and middle-income countries were asked to contribute US$6.5 billion themselves, leaving a gap of US$16 billion, the WHO said on Wednesday.

“Fair share” contributions were calculated for each of the 55 countries classed as rich to cover the immediate costs of US$16.8 billion. For the 2020-21 ACT Accelerator budget, only six countries met or exceeded their fair share commitments: Canada, Germany, Kuwait, Norway, Saudi Arabia and Sweden.

“This massive inequity not only costs lives, it also hurts economies and risks the emergence of new, more dangerous variants that could rob current tools of their effectiveness and set even highly vaccinated populations back many months,” the agency said.

Dr Richard Hatchett, chief executive of the Coalition for Epidemic Preparedness Innovations, a constituent organisation of the partnership, said that funding the ACT Accelerator was vital for mechanisms such as the Covax Facility , the global initiative to promote equitable access to vaccines.

“A fully funded ACT Accelerator will enable Covax and the other ACT-A pillars to redouble their efforts to get vaccines, diagnostics, therapeutics and other countermeasures to those who need them, while also continuing vital research and development which will address current gaps in scientific knowledge and strengthen the world’s defences against the virus and its variants,” Hatchett said.