Lianhua Qingwen comes in a capsule and was developed in 2003 to treat severe acute respiratory syndrome, or Sars.

A WHO panel has recommended that member states consider using traditional Chinese medicine to help manage Covid-19, saying there is evidence that TCM is beneficial in some cases.

The suggestion was contained in a report on a three-day meeting in February to look at the value of using TCM to treat Covid-19.

The panel agreed that TCM was beneficial in reducing the risk of progression from mild-to-moderate cases to severe Covid-19.

“Although the trials involved different settings, the data suggested that TCM was both safe and beneficial when combined with conventional antiviral medicine,” the panel said.

It also suggested that further analysis and trials be conducted and the results shared with member states.

The meeting was attended by 21 international experts, including WHO representatives and members of the China Academy of Chinese Medical Sciences.

Yu Wenming, commissioner of China’s National Administration of Traditional Chinese Medicine, told the meeting that three TCM medicines developed for Covid-19 were being optimised to treat new variants and the use of TCM was key to “keeping the extent of disease low in China”.

Rudi Eggers, director of the WHO’s integrated health services department, said the global health body considered traditional and complementary medicine essential, and the topic was one of the most frequently downloaded from the WHO website during the past year.

China’s leaders have given strong support to TCM, with several traditional treatments included in national guidelines for Covid-19 treatment.

The treatments cover a range of symptoms from the mildest cases to critical illness. Some can be taken as a liquid while others are administered by intravenous injection.

Among them is Lianhua Qingwen, which comes in a capsule and was developed in 2003 to treat severe acute respiratory syndrome, or Sars.

Chinese researchers at the WHO meeting cited a trial of 284 patients in which half of them were given Lianhua Qingwen capsules. Those given the medicine recovered from their symptoms in a shorter time than patients not given the TCM intervention, according to the study.

The treatment has 13 ingredients, including apricot kernel, rhubarb, honeysuckle and forsythia powder. The formula is based on prescriptions that date back to medical texts written during the Han dynasty (202BC-220AD).

The capsules can help clear the virus and remove toxins, expand the lungs and reduce fever, according to a Chinese medicine expert.

Shanghai-based news outlet The Paper reported that 8 million boxes of the capsules arrived in the megacity on Saturday to help in the battle against the coronavirus.

Read Also
What is Lianhua Qingwen? Why are some touting it as a Covid-19 cure? We ask a TCM practitioner 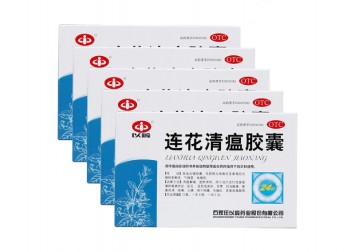 Li Guangxi, director of the respiratory department at the Guang’anmen Hospital of the China Academy of Chinese Medical Sciences, said TCM aimed to “boost the immune system before an infection develops and, where severe disease does occur, to assist in recovery by reducing sepsis and emotional disturbance”.

He said clinical trials showed that for Covid-19 patients with mild and moderate diseases, TCM shortened the time to resolution of symptoms, viral clearance and reduced the proportion of patients progressing to severe disease.

As for patients with severe and critical diseases who were treated with conventional medicine and TCM, the “combined approach both shortened the length of stay in intensive care and reduced the duration of mechanical ventilation”.

The Chinese scientists also cited a national retrospective study of nearly 9,000 patients which found that Covid-19 mortality was 1.2 per cent among patients receiving a TCM formula called Qingfei Paidu Tang, compared to 4.8 per cent among those not receiving it.

The authors of the study concluded that the formula “was associated with a substantially lower risk of in-hospital mortality, without extra risk of acute liver injury or acute kidney injury among patients hospitalised with Covid-19”.

In Hong Kong, proprietary TCM is already included in anti-epidemic kits as part of a citywide distribution effort by authorities.