Why are coronavirus vaccines - a success story in human innovation - viewed so negatively?

A vial of Pfizer-BioNTech vaccine being used at Gleneagles hospital in Singapore.

Health authorities paused vaccine roll-outs and told younger people to avoid certain jabs over extremely rare side effects. Experts warned of soaring Covid-19 cases in even highly vaccinated countries such as Britain and Israel. Studies sounded the alarm about the jabs being less effective against virus variants, and vaccine makers raised the need for boosters to ensure people remained protected.

A year ago, many experts thought the arrival of a Covid-19 vaccine could take years – if it happened at all. As recently as August, World Health Organization (WHO) director general Tedros Adhanom Ghebreyesus warned the pandemic “silver bullet” of a vaccine might never come.

And yet, the arrival of multiple highly effective and overwhelmingly safe vaccines in record time has been accompanied by a deluge of warnings, caveats and dire prognostications that have served to emphasise the ways in which the jabs – like any medical intervention – are not absolutely perfect or free of risk.

Siddharth Sridhar, a clinical virologist at Hong Kong University (HKU), said this time last year it would have been impossible to imagine being so “spoilt for choice” with vaccines.

“The messaging needs to be simple: vaccines work at keeping people with Covid-19 alive and they do this wonderfully well,” said Sridhar, who criticised the “paralysing” and “non-stop” public discussion about variables such as whether vaccines stopped transmission, not just severe disease, or worked against the variants.

It’s a degree of negativity that is out of proportion with either the risks or limitations of vaccines, according to some experts, and threatens to undermine efforts to save lives and get societies back to normal life.

The risk of negative perceptions is especially acute across the sparsely vaccinated Asia-Pacific region, where authorities are either grappling with major outbreaks or struggling to break out of international isolation after controlling the virus with strict border controls that have saved lives while inflicting heavy social and economic costs.

“Vaccines are a good news story and we need to get it in better perspective,” said Peter Collignon, an infectious diseases physician and microbiologist at the Canberra Hospital. “We were going to be content a year ago with a vaccine that was 50 per cent effective. Basically, we’re in a much better position than any of us would have thought with the performance of a lot of the vaccines that are available.”

Vaccine hesitancy has been a major concern across much of the Asia-Pacific, including “zero Covid” economies such as Australia and Hong Kong , where polling and anecdotal evidence suggest safety concerns have been exacerbated by complacency about the risk of infection and a lack of immediate benefits to getting jabbed. 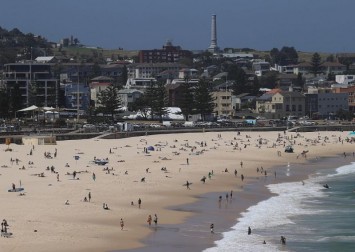 In Australia, nearly a third of people polled for The Sydney Morning Herald and The Age newspapers in May said they did not intend to get vaccinated, with about half of those citing concerns about side effects and one-fifth pointing to the low risk of catching the virus along with the inability to travel.

In Hong Kong, just a quarter of residents who had not been vaccinated said they intended to get jabbed within the next six months, according to a poll carried by the Chinese University of Hong Kong in April and May, although vaccinations have increased significantly in recent weeks following the roll-out of incentives by private businesses.

Ivan Hung Fan Ngai, co-convenor of Hong Kong’s expert committee for monitoring vaccine safety, agreed there was too much focus on the negative aspects of the vaccines.

“The BioNTech vaccine, in particular, remains effective against the variants,” Hung said, referring to the mRNA vaccine co-developed with Pfizer. “Boosters might not be needed for healthy individuals until two to three years’ time, except in those who are immunocompromised.”

Much negative coverage of the vaccines has been based on credible studies or data, although it is debatable whether such findings have always been placed in their proper context or given the appropriate emphasis.

The Pfizer-BioNTech and AstraZeneca vaccines, for example, are both well over 90 per cent effective at preventing hospitalisations and deaths after two doses – but are less effective at stopping infection against the highly transmissible Delta variant than they were the original coronavirus strain, according to studies. 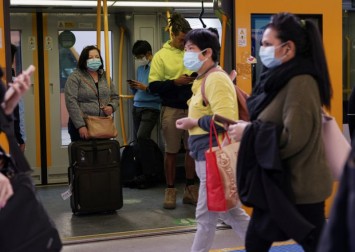 Although the AstraZeneca vaccine has been linked to rare blood clots – leading Australian authorities to recommend against its use in people under the age of 60 and for Hong Kong to dump the inoculation entirely – the risk of death has been estimated at between approximately one in 1 million and one in 2 million. By some estimates, that’s about equivalent to the risk of being struck by lightning in a given year.

In Britain and Israel, where about 57 and 66 per cent of the population respectively are fully vaccinated, Covid-19 cases have risen dramatically in recent weeks – but the surge has been mostly driven by young, unvaccinated people. In both countries, the numbers of people dying are close to their lowest levels since the start of the pandemic. On Monday, Britain reported just six deaths, compared to 1,463 deaths on its deadliest single day of the pandemic in January.

In the latest development with the potential to undercut confidence in the vaccines, pharmaceutical giant Pfizer has sought authorisation in the United States to provide a third booster shot of its mNRA-based vaccine. US health regulators have pressed the company for more data to support its claims, while numerous experts and health authorities, including the WHO, have insisted there is a lack of evidence that such boosters are necessary.

Tauel Harper, a communications expert at the University of Western Australia, said there was insufficient focus on vaccines as one of the “most successful public health interventions in human history”. 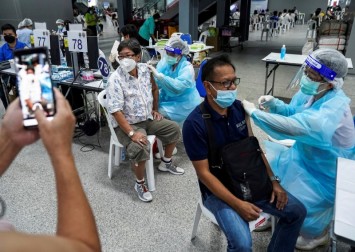 “Partly this is because there is nothing particularly newsworthy about ‘vaccines do the job’, whereas ‘vaccines have problems’ really does get the attention of the public – and therefore column inches,” Harper said.

“Changing the public and political narrative from ‘vaccine failures’ to ‘vaccine successes’ is therefore really important – and one of the things that governments need to help journalists and the media understand. Of course, it is also important to cover vaccine failures but any ‘problems’ with vaccination programmes should always be couched in terms of their general success.”

Sridhar, the HKU virologist, said pharmaceutical companies as well as media outlets bore some blame for negativity around the vaccines.

“Big Pharma companies are partly to blame for designing trials that primarily focused on symptomatic Covid-19 instead of severe Covid-19,” he said. “Unfortunately, local media hasn’t helped by relentlessly reporting medical incidents in vaccinated individuals that were probably simply unrelated.”

Authorities, too, have come in for criticism for being excessively cautious about the minuscule risks associated with certain jabs. The US Centres for Disease Control and Prevention’s decision in April to temporarily pause the roll-out of the Johnson & Johnson vaccine over concerns related to rare blood clots drew criticism from some health experts as fear-driven and disproportionate. The pause was followed by a significant decline in vaccine uptake, although experts have differed on the factors behind the slowdown.

On Tuesday, Australian health regulators revised earlier advice on under-60s taking the AstraZeneca vaccine amid a major Covid-19 outbreak in greater Sydney, recommending that the jab should be considered by those in affected areas who did not have access to the Pfizer-BioNTech vaccine. 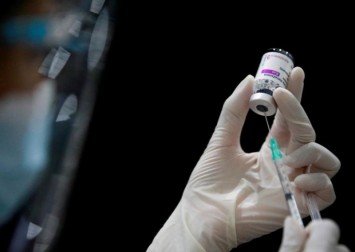 But Owen Schaefer, an assistant professor at the Centre for Biomedical Ethics at the National University of Singapore, questioned whether reports and policy decisions that put vaccines in a negative light had inflamed vaccine hesitancy, pointing to polling showing growing willingness to get vaccinated over the past year in countries such as the US and Australia.

“Honesty about vaccines is a matter of respect for individuals, transparency in governance and earning the trust of the public,” Schaefer said. “There is no tension between being upfront about these complications and reducing vaccine hesitancy. On the contrary, open communication is an important part of broader strategies to address vaccine hesitancy.

“Health officials and media outlets owe it to the public to be honest about vaccines,” he said.

Collignon, the Canberra Hospital specialist, said the challenge was not letting the downsides of the vaccines overshadow their game-changing benefits. “I think one of the problems is that all of us would like 100 per cent efficacy with zero side effects, and we do need to chase doing it better, but we’re losing perspective in my view, inducing needless negativity about some vaccines,” he said.

“Vaccines are the way out of this. No, they are not perfect, but boy, compared to what we would have thought a year ago, we’ve got better results than we could have realistically expected.”