The makers of Chef's Table and The Final Table have found another way to make foodies hungry with a new series, Street Food, that starts on April 26.

There are nine episodes, each featuring one destination: Thailand, India, Taiwan, Japan, South Korea, Singapore, Indonesia, the Philippines and Vietnam.

When the show visits Thailand, they feature Jay Fai, or Auntie Fai in Bangkok, who is in her early 70s, wears a thick gold necklace around her neck, and puts on lipstick. 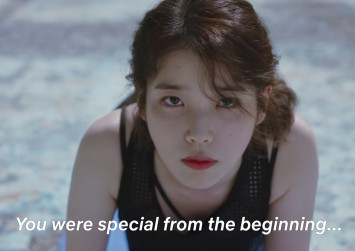 Then she dons massive goggles for safety reasons, as she stands by a hot wok all day that is heated by a charcoal fire to make her signature crab omelette. In December 2017 she was given a Michelin star.

Viewers will also meet 100-year-old Mbah Lindu from Yogyakarta, Indonesia, who cooks gudeg, spiced young jackfruit cooked for hours in a clay pot, and Tang Siu Nam, or Master Tang, famous for his wonton noodles and beef brisket in Singapore. However, fans won't be able to eat his dishes any more - his stall was closed down a year ago and it was announced last week that he died in February at the age of 87.

It is understandable that Taiwan is featured in the series with its lively street food culture, but what about Hong Kong? Is it because it's not visible on the streets, hidden away in generic looking cooked food centres that aren't colourful enough on camera?

The culture of dai pai dong is dying thanks to the Hong Kong government's insistence on moving them to cooked food centres in the mid 1970s; the open-air food stalls were considered unhygienic and caused traffic congestion.

In addition, there are restrictions on the licences for these dai pai dong, they can only be passed to spouses or children, resulting in many selling back their licences to the government because there is no one to take over the business.

It is believed there are only about 25 dai pai dong left in Hong Kong.

The Oxford English Dictionary included the word dai pai dong in March 2016, but what's the point of including the term if there aren't many left?

In any event, if Netflix did film an episode in Hong Kong, who should they feature?