Volunteers from Indonesia's Red Cross prepare to spray disinfectant at a school closed amid the spread of coronavirus in Jakarta, Indonesia, on March 16, 2020.

As countries around the world relax Covid-19 restrictions and some areas see an increase in infections, questions are being raised about whether the pandemic is entering what is known as a second wave.

In the United States, where new cases had levelled off at roughly 20,000 a day for a period of weeks, infections have again spiked.

The US on Friday reported one of its largest single-day increases since the start of the pandemic, with more than 40,000 new cases on the previous day, according to data from the Centres for Disease Control and Prevention.

On Thursday, the World Health Organisation’s regional director for Europe Hans Kluge said 30 countries and territories in the region had seen increases in new cumulative cases in the past two weeks as they eased social distancing measures, with 11 of those experiencing a “significant resurgence”.

But whether this means such areas are seeing a second wave remains unclear, largely due to the ambiguity of the term, experts say.

Many caution against declaring a new rise in case numbers in areas or countries where cases had appeared to decline as a “second wave”, since an uptick of cases as social distancing restrictions are relaxed did not necessarily mean the start of a new cycle – or the end of old one – especially if there was still a significant amount of transmission.

Anthony Fauci, director of the US National Institute of Allergy and Infectious Diseases, speaking in a June 18 interview with The Washington Post, said the United States was still in the first wave, even as case rates decline and increase at different times in various regions of the country.

John Mathews, an honorary professor at the University of Melbourne’s School of Population and Global Health, said a second wave would typically be characterised by a dramatic decline followed by a sudden comeback in the numbers of cases.

“But no one has really defined the scale that is required to call a second wave, either in terms of the time, or space, or the scale of the [case] numbers involved.” Mathews, a former deputy medical officer to the Australian government, said “second wave” was an ambiguous term, and not one “to use loosely”.

The second wave phenomenon is most widely associated with past influenza pandemics.

The 1918 flu pandemic, which infected 500 million people and killed 50 million worldwide, is infamous for its far deadlier second wave in the autumn, months after the first wave. A third wave occurred in a number of countries in 1919. 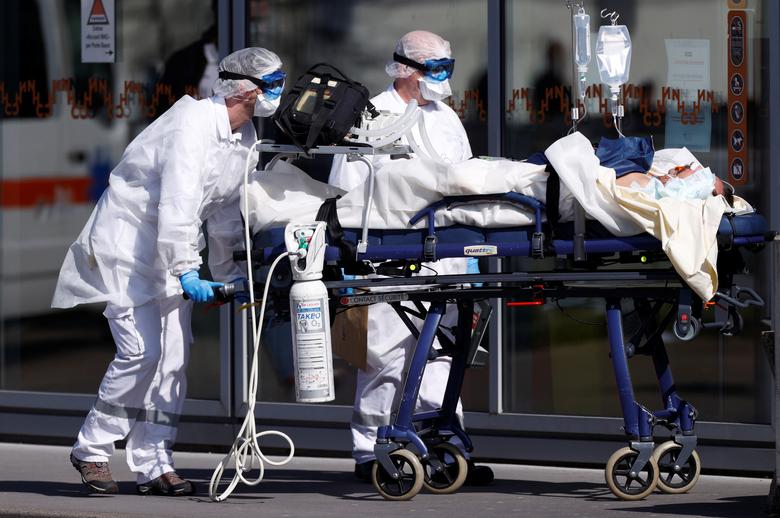 Mathews said influenza-like second waves could be driven by a change in the virus or shifts in people’s behaviour, with changes in the virus thought to play a role in the second wave in 1918.

Immunity had developed among a sufficient proportion of the population which drove the flu virus to evolve to “dodge immune response” and continue to infect people, he said.

“We don’t think that is happening very soon with this coronavirus,” he said, given the current low levels of immunity, compared to the estimated 60 to 70 per cent of people that would need to be vaccinated or exposed to the disease to stop its spread and pressure it to adapt.

Instead, as the population remained susceptible to Covid-19, the “major determinant” for what happened next would be people’s behaviour and the response of governments.

Hannah Clapham, an epidemiologist and assistant professor at National University Singapore’s Saw Swee Hock School of Public Health, agreed the critical factor at this stage of the pandemic would be public health measures in response to new upticks in cases.

A focus on the concept of waves, whose definition was “less clear” than other metrics – such as simply watching how cases were peaking – was not the most pressing point, she said. 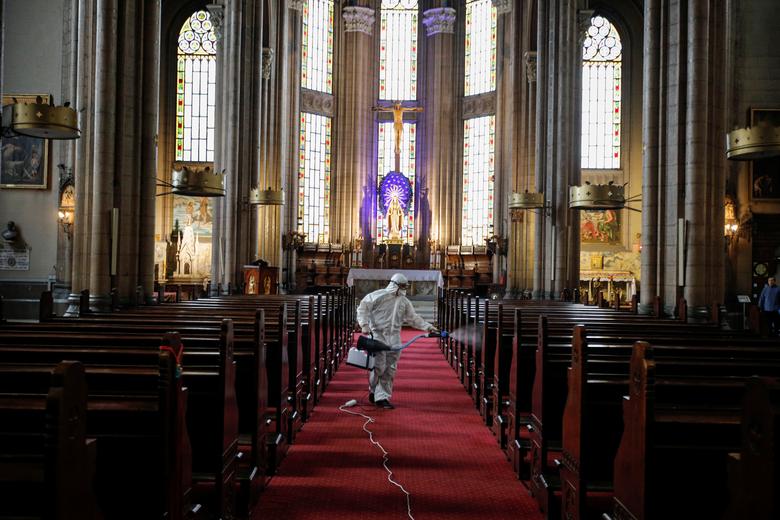 A worker in a protective suit disinfects the St. Antuan Catholic church in Istanbul, Turkey, on March 16, 2020.  PHOTO: Reuters

“To me, the relevant thing is whether we are seeing consistent increases of cases again and how places are responding with public health measures to try to control this increase in transmission.

“The worrying thing is we are seeing increases in case numbers and then high numbers of cases again in many places, sometimes higher numbers of cases than at peaks earlier in the epidemic.”

Some specialists feel the history of the 1918 flu pandemic is likely to be repeated.

“It is almost certain to say a second wave of epidemic will come, as we won’t see a supply of vaccine before [then],” Gabriel Leung, dean of the University of Hong Kong’s medical school, said in an online seminar for journalists earlier this month.

“After mid or late autumn will be another critical stage.”