Woman loses deposit on $15m Vancouver mansion, after abandoning purchase because triad boss was murdered there

Even on a Vancouver street where homes routinely change hands for eight-figure sums, the mansion at 3899 Cartier stands out as a genuine trophy.

Surrounded by high hedges, its pavements lined with cherry and chestnut trees, the stately 8,054 square foot home occupies a 20,000 square foot lot that is five times the standard size.

But property investor Shao Feng Yun wanted nothing to do with the mansion after finding out that notorious triad boss Raymond Huang Hong Chao was shot dead outside the front gate in 2007, in an unsolved gangland hit.

On Tuesday, a British Columbia court ruled that Shao was not entitled to the return of her C$300,000 (S$299,682) deposit on the property, after she pulled out of a 2009 deal to buy the home when she heard about its bloody past. 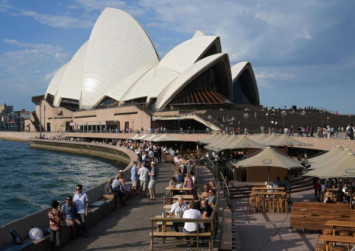 The owner, Huang's elderly Chinese mother-in-law Wang Mei Zhen, "had no reason to know that the fact of the murder would be material to the buyer", the BC Court of Appeal ruled, overturning a trial court decision that the seller fraudulently misrepresented the property by omitting mention of Huang's slaying.

Chinese-born Huang, who police said was a leader of the Big Circle Boys gang, had lived in the mansion with wife Yuan Gui Ying, their two children, Wang, and another of Wang's daughters.

On the evening of November 3, 2007, Huang was gunned down outside the front gate. His 10-year-old daughter phoned for help but by the time ambulances arrived, Huang was already dead. The crime was treated as a gang hit by police but has never been solved.

Shao said she agreed to buy the property in 2009, but was unaware of the killing; she was told that the owners were moving because Yuan's daughter was changing schools, according to the judgment.

Yuan and Wang did not tell Shao that the move was because the girl's private school (widely reported at the time to be the elite West Point Grey Academy) insisted she leave after the murder out of fear for the safety of other pupils, it said.

"The fact that a resident of the Property and a relative of the Vendor was murdered on the Property clearly creates a dangerous situation for our client," Shao's lawyer wrote at the time.

"The fact that the deceased was allegedly a leader of one of Vancouver's notorious gangs and the murderer had not been apprehended clearly puts any occupant of the Property at risk."

The original trial judge broadly agreed, saying the explanation about Yuan's daughter changing schools was "calculated to conceal Mr Huang's death as a reason for the plaintiff's decision to sell the property".

But in Tuesday's ruling on behalf of a three-judge panel, Madam Justice Mary Newbury wrote that this characterisation was wrong. "[If Yuan's] daughter's private school had not made the unfortunate decision it did, the family likely would not have moved at all. Thus there was no misrepresentation by omission," Newbury wrote.

Newbury rejected an argument by Shao's lawyer that the sellers, as ethnically Chinese people, would have a particular cultural understanding that a violent death on a property should be disclosed. Newbury said the argument was "difficult not to characterise as cultural stereotyping".

"Many cultures value education … and people of most if not all cultures hope for safe and peaceful neighbourhoods. This court must decide the case not on the basis of stereotypes," Newbury said.

She added: "There was no evidence [the sellers] knew or should have expected that Ms Shao would have a particular sensitivity to an event that had occurred two years earlier and that did not affect the quality of the house or its usefulness."

Yuan was arrested in Hong Kong in 2009 and convicted of conspiring with her mother, sister, adult son and others to launder HK$104 million (S$17.9 million) through 18 Hong Kong bank accounts, as well as laundering HK$7.5 million (US$956,000) in cash found in safety deposit boxes. Yuan was released from prison in 2015; her family members are not believed to have been charged.

The mansion, bright yellow and numbered 3883 Cartier St at the time of Huang's killing, has since been painted beige and renumbered.