BEIJING - Many world leaders conveyed their best wishes to China and all the Chinese around the world were gearing up for celebration of the Chinese Lunar New Year, or the Spring Festival.

Besides greeting "Happy New Year" in different languages, many leaders also emphasised the importance they attached to their countries' relations with China.

In Tokyo on Monday night, Japanese Prime Minister Shinzo Abe said "Happy Spring Festival" in Chinese in a video to mark the ceremony of decorating the landmark Tokyo Tower in red light, part of the New Year celebration.

Abe said last year was important in the history of Japan-China relations. The bilateral ties have returned to the normal track and Chinese Premier Li Keqiang and himself officially visited each other's countries.

Read Also
How to meme during the Spring Festival holiday 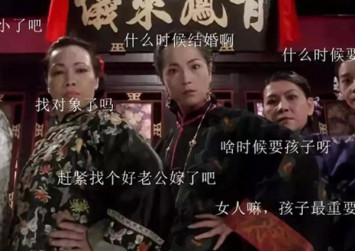 During the Spring Festival holidays, Japan is ready to welcome more Chinese friends and "I also hope that more Japanese citizens will go to China," building a colorful bridge of mutual exchange, Abe said, wishing that the Japan-China ties make more progress in the coming year.

US President Donald Trump also sent his greetings on Tuesday to those celebrating the Lunar New Year via a statement on the White House website.

"This is a sacred time for many people of Asian descent, and it is an opportunity for all Americans to honour the important contributions these communities have made to the story of American greatness," the statement said.

"As families, friends and loved ones gather to welcome the Year of the Pig, we join in sharing our best wishes for good health, prosperity and happiness," Trump said in the statement. In a video posted on social media on Monday, New Zealand's Prime Minister Jacinda Ardern said "Happy New Year" in Mandarin and Cantonese after expressing thanks to the local Chinese communities for their contributions to the country.

Noting 2019 as the China-New Zealand Year of Tourism, Ardern said that tourism, education and trade will strengthen the bilateral relations and the understanding between the two peoples so that the friendship can be enhanced. On Thursday, British Prime Minister Theresa May hosted a Chinese New Year celebration reception at No. 10 Downing Street, which was specially decorated with cherry blossoms and traditional well-wishing Chinese couplets.

Affirming the important role that the Chinese community plays in British life, May said, "I'd like to wish everyone celebrating Chinese New Year a prosperous and auspicious Year of the Pig."

Britain attaches importance to its relations with China, May said, recalling the important consensus reached last year by both sides in promoting the "Golden Era" in bilateral relations. The British side expects to work together with China to push forward bilateral co-operation in all sectors for more fruitful outcomes, she added.

French President Emmanuel Macron conveyed his best wishes to all Chinese around the world celebrating the Spring Festival.

"To all those who celebrate the Lunar New Year in our country and in the world, I say: best wishes for this year under the sign of the Pig," Macron wrote on Twitter on Tuesday.

"The pig is a friendly animal ... that shows consistency... This animal is a good symbol of the energy that must be used today to develop our countries and find the prosperity that I wish to you," he added. No 10 Downing Street, the official residence and offices of the British prime minister and the chancellor of the exchequer, is decorated with cherry blossoms and traditional well-wishing Chinese couplets.Photo: China Daily/Asia News Network

Pakistani President Arif Alvi extended his "heartfelt felicitation" over the Spring Festival to the Chinese government and the people in a letter to Chinese media, saying "our friendship and bond is higher than the mountains of the Himalayas."

In a letter, Afghan President Mohammad Ashraf Ghani expressed his best wishes on the eve of the Chinese New Year to Chinese President Xi Jinping and the Chinese people, saying that Afghanistan regards China as "a close friend" and wants to further enhance relations with China.

On the occasion of the Chinese New Year, El Salvador's President Salvador Sanchez Ceren sent greetings and best wishes to President Xi, the National People's Congress of China, and the Chinese people for family reunion, joy and happiness, and hoped the development, prosperity and progress of China will continue to be enhanced and consolidated.

Ugandan Prime Minister Ruhakana Rugunda on Friday met the representatives of Chinese and business communities in the country, who came to the Prime Minister's office building to celebrate the Spring Festival, lauding the joint celebration of the festival by Ugandans and Chinese, while wishing the Chinese government and people a Happy Spring Festival. Panamanian President Juan Carlos Varela attended a Chinese New Year celebration run by the Chinese Embassy in Panama City on Saturday, delivering an ebullient speech and wishing all Chinese in the country a Happy New Year.

With the Chinese Lunar New Year is approaching, Central African Republic President Faustin Archange Touadera met Chen Dong, Chinese ambassador to the country, during which the president made a bow and said in Chinese, "President Xi, Happy New Year!"

In Argentina, Argentinian President Mauricio Macri wished President Xi, and all Chinese around the world a Happy Spring Festival.

President Nicos Anastasiades of Cyprus delivered a video speech on Friday, extending his "warmest wish that the Chinese New Year, the Year of the Pig, will be filled with good health, success, happiness and prosperity for all Chinese people and their families," while repeating his wishes in Chinese "Xin Nian Kuai Le (Happy New Year)."

Cambodian Prime Minister Samdech Techo Hun Sen also sent his greetings and best wishes as the country is gearing up for the celebration of the Chinese Lunar New Year.