Worried about divorce? Floating house splits into two when couples break up 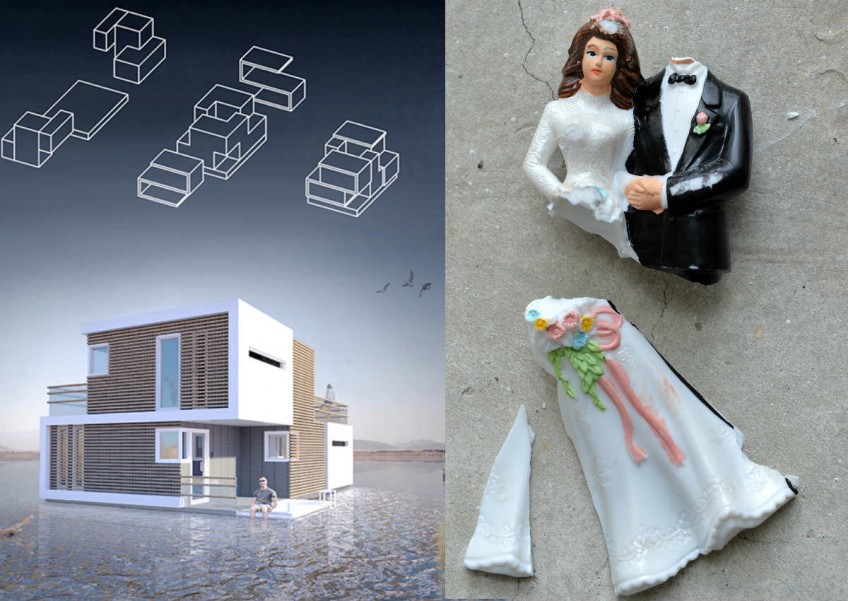 In Singapore, we all know what it means when a man asks his girlfriend if she would like to apply for an HDB flat with him.

The long-running joke about "let's buy a flat" marriage proposals may sound sad, but it has become a reality for many Singaporeans, especially since the waiting time for new flats is around five years.

But the idea of an HDB flat proposal could still be considered romantic, especially if you consider a new type of prenuptial housing designed by Amsterdam-based architecture firm Studio OBA.

As its name suggests, the prenuptial house is designed to break equally into two when married couples decide they need to go their separate ways.

According to Dezeen, the idea was conceptualised by pop culture expert Omar Kbiri, who believes such homes could help married couples with the painful break-up process.

Studio OBA said on its website that the concept was thought up in response to increasing divorce rates.

"The architectural design consists of two pre-fabricated units that appear to be one. They embrace each other and form the foundation of a modern home," a description on the website reads.

Designed to float on water, the building would be made of lightweight carbon fiber elements and timber, it added.

"When couples feel they are drifting apart, the house initiates a 'break up', by detaching the two units which then go solo on the water," the description reads.

In other words, the couple will quite literally drift apart.

While prenuptial housing would seem like a good fit in Amsterdam, which is known for its floating houses and canals, Studio OBA said that it expected their idea to do well in "Belgium, Portugal and Hungary, where divorce rates are among the highest in the world".

It is even planning to build a prototype to test out the idea, and plans to start taking orders from early 2017.

How's that for a depressing marriage proposal?