Your kids could be watching fake, disturbing 'Peppa Pig' episodes on YouTube 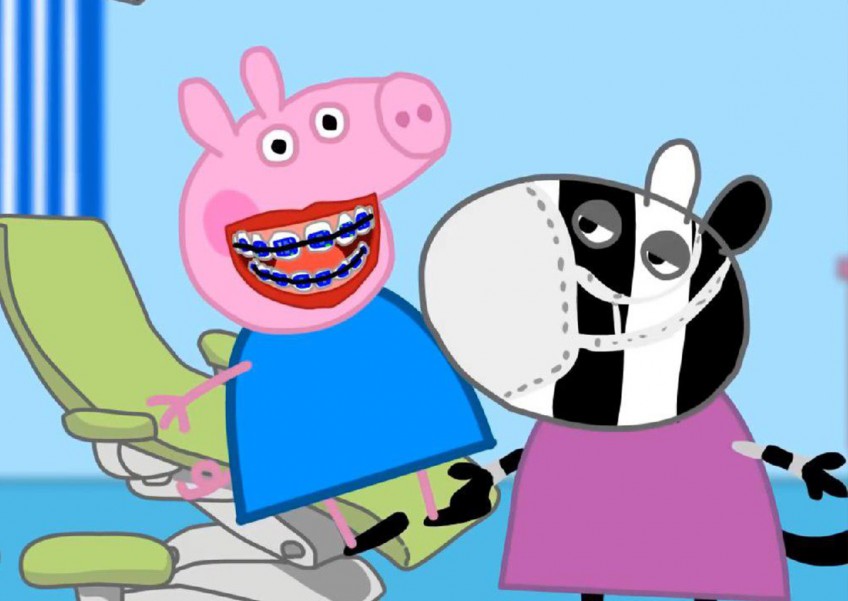 It's almost dinner time. You need to leave your child alone for a while as you go prepare dinner. There's nobody else home to keep an eye on your tot, so to ensure your child doesn't go wandering off, you hand them a tablet with their favourite cartoon playing via YouTube to keep them occupied.

With the vast plethora of videos available on the streaming site, including educational shows and children's shows, YouTube could be said to be a dream come true for parents searching for entertainment for their children.

Unfortunately, not all is as good as it sounds. Parents have found their unsuspecting children watching videos with violent and graphic content masquerading as innocent children's shows on YouTube.

Journalist Laura June was shocked when she heard her 3-year-old daughter watching a video on YouTube, supposedly of popular kids' cartoon Peppa Pig, filled with disturbing sound effects and screaming, as well as graphic visuals of the title character at the dentist.

Laura described the video in a post on her website The Outline: "Peppa goes to the dentist, who has a giant needle and a lot of scary tools. The pigs are mysteriously forest green rather than pink. Burglars appear to try to burgle."

A quick YouTube search of 'Peppa Pig' turns up a range of results, including episodes uploaded by the official Peppa Pig YouTube channel.

However, dubious results show up as well. One clip, 'Peppa Pig English Episodes', uploaded by Youtube user "Peppa Pig Cartoon Series", contains a scene of a monster spitting fire at vehicles along a road, causing them to blow up, right across where Peppa's family is standing.

In the same clip, a witch on a broomstick sets fire to a grassland where Peppa's brother George and Miss Rabbit are standing. Both characters burst into tears, and the witch then kidnaps Miss Rabbit by literally whisking her away on the broomstick.

The clip in question has garnered over 237 thousand views on YouTube, and commenters expressed dismay and shock at the contents of the clip.

The problem with such clips is how easily they are overlooked, because they are well-disguised as their genuine, more credible namesakes. Besides Peppa Pig, other inappropriate videos feature characters from shows such as Thomas the Tank Engine, Doc McStuffins, the Disney movie Frozen, as well as the Minions franchise.

"It's perfectly legitimate for a parent to believe that something called Peppa Pig is going to be Peppa Pig," Sonia Livingstone, child online safety expert and professor of social psychology at the London School of Economics, was quoted by BBC Trending as saying.

"And I think many of them have come to trust YouTube... as a way of entertaining your child for ten minutes while the parent makes a phone call. I think if it wants to be a trusted brand then parents should know that protection is in place."

According to BBC Trending, YouTube said in a statement: "We take feedback very seriously. We appreciate people drawing problematic content to our attention, and make it easy for anyone to flag a video.

"Flagged videos are manually reviewed 24/7 and any videos that don't belong in the app are removed within hours. For parents who want a more restricted experience, we recommend that they turn off the Search feature in the app."

The company also suggested parents use the child-friendly YouTube Kids mobile app, and to enable the restricted mode available on all YouTube platforms.

However, as the YouTube site cautions, no filter will be able to catch every single video containing inappropriate content. It is hence imperative that parents supervise what their children watch, especially as young children are unable to tell the difference between the genuine show and the modified clips.

While the original shows are educational in intent and purpose, and are designed to make learning fun for children, it is always better to err on the side of caution and to keep an eye out for anything that might seem unusual.