YouTuber PewDiePie has called for an end to the mega-viral Subscribe to PewDiePie meme and online movement.

In an almost four minute-long video posted on April 28, PewDiePie, whose real name is Felix Arvid Ulf Kjellberg, explained how Subscribe to PewDiePie started as a movement for fans to rally others to keep him as the most subscribed YouTuber of all time.

At that time, his biggest competition was Bollywood YouTube channel T-Series.

Kjellberg said he didn't think Subscribe To PewDiePie that began with people doing "positive and fun things to get attention" would end up taking a negative turn.

First, he expressed disappointment over the act of vandals spray painting the line "Subscribe to PewDiePie" three times over a portion of the Brooklyn War Memorial in New York back in 2009.

"It's just so disgusting, so disappointing to have my name and community dragged into that," he said about the incident in his Ending the Subscribe to Pewdiepie Meme video. Kjellberg explained that he disavowed the act, facilitated to have the words removed and even donated money to the park where the memorial is located.

On March 15 this year, Kjellberg's online movement was dragged into the spotlight for the wrong reasons again. A gunman opened fire at two mosques in Christchurch, New Zealand and had posted a 17-minute livestream of his act on Facebook before clips went viral on other social media platforms. 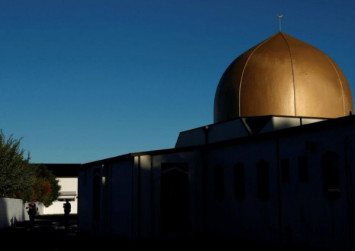 When the gunman returned to his vehicle after the shooting, he could reportedly be heard saying to the camera "Remember lads, subscribe to PewDiePie ...".

Kjellberg had expressed his disdain for the shooter via Twitter on the same day. In the Ending the Subscribe to Pewdiepie Meme video, he revealed how the incident has affected him.

"To have my name associated with something so unspeakably vile has affected me in more ways than I let shown, I just didn't want to address it right away. I didn't want to give the terrorists any more attention. I didn't want to make it about me because I don't think it has anything to do with me. To put it plainly, I didn't want hate to win. But it's clear to me now that the 'Subscribe to PewDiePie' movement should have ended then," he said.

The Swedish also explained how he did not agree with some media outlets associating his online movement or persona with racism: "No, I'm not racist. I don't support any form of racist comments or hate towards anyone."

Some fans have voiced their support for Kjellberg's appeal on social media.

It's time to stop the meme about subscribing to Pewdiepie. If we do support him, let's support his decision and help him through this struggle his going through about this...

RIP sub 2 pewdiepie meme it was a good run