Would you pay $8 for this Little India nasi campur - with just chicken and vegetables? 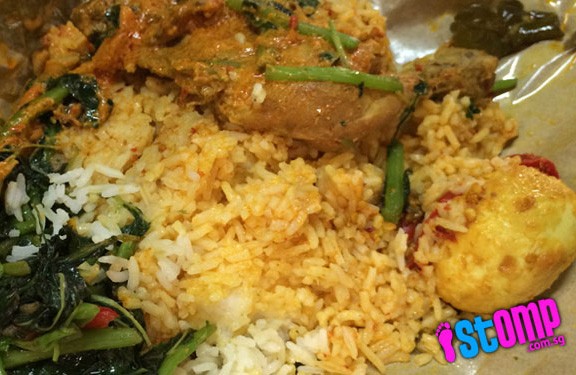 Stomp contributor Jack was charged $8 for a packet of rice with just a piece of chicken and some vegetables at a restaurant opposite Mustafa Centre.

According to the Stomp contributor, his friend had also purchased his lunch from the restaurant and was charged $9.50 for rice, chicken, egg and squid.

When his friend approached the staff and asked why it was so expensive, they said to him "Ok, I give you discount, $9."

Appalled but defeated, they paid for their meals and left.