Yahoo faithful seek calm at the eye of the storm 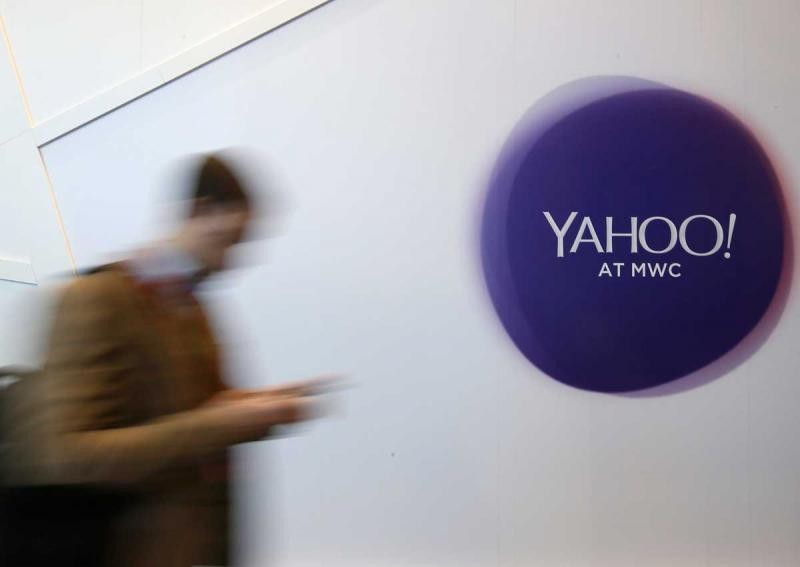 Sunnyvale, United States - For those faithful to Marissa Mayer's vision for the future of Yahoo, cries sounding the company's demise stop at the door to its Silicon Valley main campus.

Shouting by activist investors eager to overthrow the board and critics' proclamations that the end is near are muted inside the campus walls by a confidence by some here that the pioneering internet firm is not dying but being reborn.

"Working inside Yahoo feels nothing like what is being said on the outside," Adam Cahan, senior vice president of product and engineering in charge of video, told AFP during a chat on the company's Sunnyvale headquarters.

"That stuff I read, I would tell you I am at a completely different company; I am literally having this out-of-body experience." Cahan was promoted by Mayer after she took the job as Yahoo chief executive in 2012 with a mission to return the one-time online search star to its former glory.

She had Cahan lead a belated charge into mobile at a time when lifestyles had shifted to smartphones but the bulk of Yahoo's focus still went into offerings tailored for those going online using desktop or laptop computers.

It remains unclear whether Mayer will fulfil her vision for Yahoo, since an activist investor has launched a campaign to oust her and the rest of the board and a deadline for bids for company assets was reportedly set for April 11.

Empty desks can be seen at the headquarters, and employees talk of "poachers" hunting talent at the company.

While Mayer injected some energy and glamour into the company, Yahoo's overall finances have failed to improve, with the company's valuation propped up by its stakes in Alibaba and Yahoo Japan.

Yahoo is facing perhaps the deepest crisis since helping pioneer Internet users more than two decades ago, having fallen behind online innovators such as Google and Facebook.

Earlier this year, the company opened the door to a sale of its core operations at the same time it is pursuing Mayer's efforts at revitalisation.

But some shareholders are impatient, and one activist investment group has launched a bid to gain control of the Yahoo board, calling the transformation efforts a failure.

In Sunnyvale, however, the work continues.

When Mayer took charge, fewer than 30 engineers out of company that then had about 13,000 employees were developing for mobile Internet. Overall, less than 15 per cent of the workforce was involved in technical jobs.

Mayer set out to make Yahoo a "mobile-first" company and, in a dramatic internal shift, skewed the workforce to engineers. More than half of the jobs in Yahoo's streamlined workforce are now technical.

Meanwhile, the ranks of people tapping into Yahoo offerings on mobile devices swelled to 680 million, and revenues from mobile, video, native advertising and social climbed over $1.6 billion.

Video viewing is up nearly 80 per cent from a year ago, and revenue related to video has jumped 64 per cent year-over-year to $375 million.

"For me, it represents the kind of tectonic shift we have been experiencing inside the company that hasn't been apparent on the outside," said Cahan.

Cahan took on video at Yahoo about six months ago, putting him in charge of one facet of Mayer's term of "Mavens" - mobile, video, native advertising and social.

A live sport streaming partnership to stream a National Football League game was so successful that Yahoo went on to partner with other US sports leagues.

With the Mavens strategy, Yahoo is pursuing areas that promise growth even as it faces headwinds in its traditional search and Web businesses.

"These are massive growth platforms that can change the course of Yahoo," Cahan said.

Enrique Munoz Torres heads the team fashioning Yahoo's place in the world of online search, adapting to mobile and tailoring results to individual users while behind the scenes Microsoft and Google handle the heavy lifting of cataloging everything on the Internet.

While he wouldn't disclose details regarding what Yahoo may have in mind, he said he was excited by the potential of digital virtual assistants such a Google Now, Apple's Siri, and Microsoft's Cortana.

"It is an area that we find fascinating," he said, without elaborating on any specific Yahoo plans in the sector.

"Yahoo is going to be a property where you consume media; talk about media, and have utility. It is a big departure from what Yahoo used to be," he hold AFP.

The head of the team behind Yahoo's widely used free email service, Jeff Bonforte, described himself as a "boomerang" employee who left the company for a while then returned when it bought Xobni, a start-up he had joined.

Bonforte said the company has made progress in improving products like Yahoo Mail, which draws users into Yahoo's world, where it can then make money with ads or other methods.

Still, many analysts say Yahoo has a long and difficult path to find its former glory.

The research firm Trefis said in a note last month that while Yahoo has made progress in some areas, it "has not been able to capitalise on new web-trends in the past, namely social, local and mobile." Trefis analysts say that Yahoo "faces an increased threat to both its search and display advertising businesses" and needs to do more to adapt to mobile.

Yahoo needs "a dedicated mobile platform" to showcase its content, and "aggressive marketing" to revamp its image for investors and users, Trefis said.