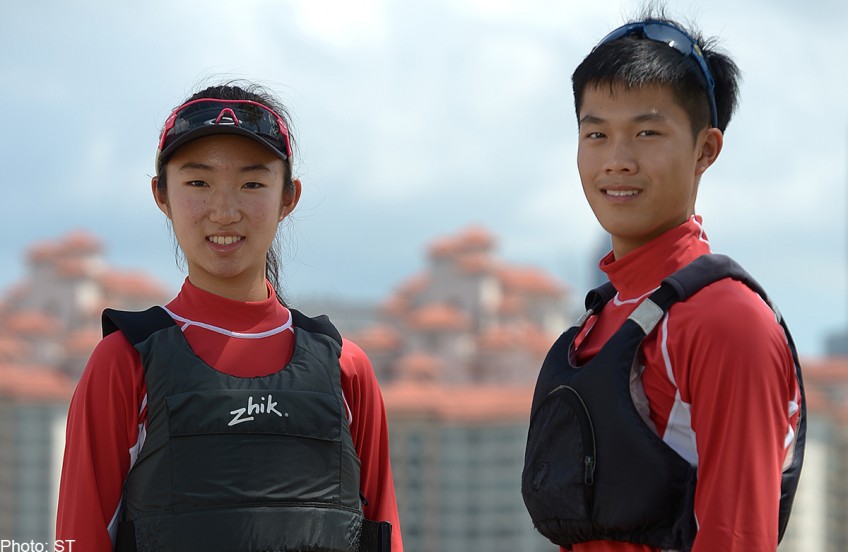 ALREADY considered the region's dominant force, Singapore's squad of sailors for this year's SEA Games just got even stronger.

Youth Olympic Games (YOG) gold medallists Bernie Chin and Samantha Yom have emerged tops over two internal selection trials held by the Singapore Sailing Federation and are set to fly the nation's flag in the men's and women's Laser Radial Under-19 events in June.

The duo made history in Nanjing last year when they became the first Singaporeans to be crowned Youth Olympic champions, winning both the boys' and girls' Byte CII event at the Games.

Yukie Yokoyama, who won the 2012 title, will partner Samantha Neubronner in the women's event, while 2013 champion Loh Jia Yi will team up with Matthew Scott Lau in the men's category.

Said Bernie, 15: "It's going to be a memorable experience because it's in Singapore.

"This would be my second chance to represent Singapore at a major Games and I'm really looking forward to it."

With her achievement at the YOG, there was immense pressure on Samantha to earn a starting berth at the SEA Games, she revealed.

"People tend to think that because I won at the YOG, I should go to the SEA Games, but they don't really understand that it's different," said the 15-year-old.

"I have my own expectations for myself, so I don't think that I should feel pressured just because of the YOG."

Despite the possibility of meeting rivals who are older and more experienced, Bernie is relishing the challenge.

He said: "I might come up against an 18-year-old sailor, but I won't be defeated by that even before the competition starts. Those are things that I can't control. What I can do now is train hard."

The sailors still have to be endorsed by a selection panel set up by SingaporeSailing, before the federation submits the names to the Singapore National Olympic Council for approval.

Singapore will host the 28th edition of the SEA Games from June 5-16. The event will feature more than 7,000 athletes and officials, and 402 events. The Republic's athletes are hoping to break the record 50 golds won in 1993.