Your guide to buying prawns 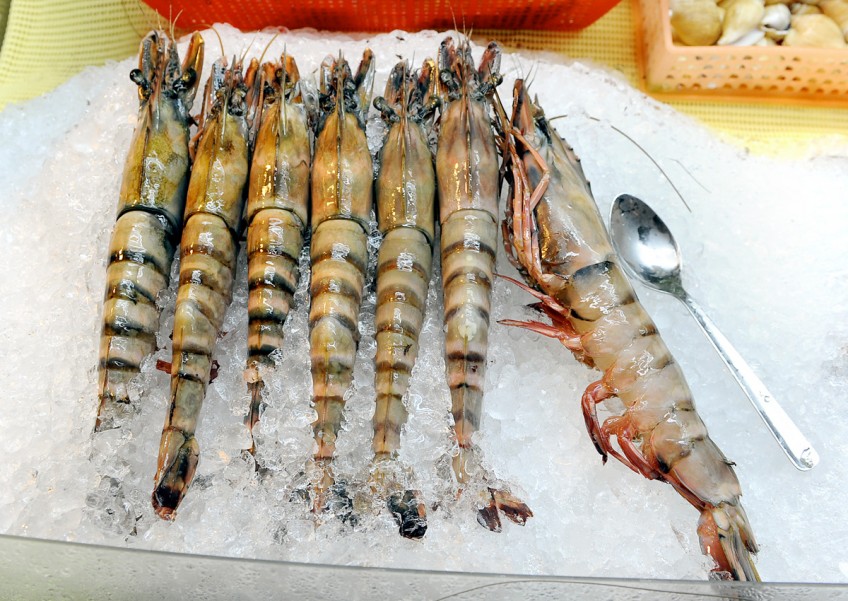 If you wonder why your home-cooked prawns don't taste as good as they should, it could be that you didn't buy the right ones to suit your cooking method.

Arm yourself with these tips and get more bang for your buck the next time you go shopping for these tasty crustaceans.

Mr Tay Soon Tee, 56, who runs a wet market stall selling seafood, said: "Not all prawns taste the same. While prawn meat is generally sweet, certain types of prawns have unique tastes that make them suitable only for specific types of dishes."

A literal translation of its Chinese name hong jiao xia, this species is colloquially known as ang kah hei in Hokkien. It is the most widely sold species locally.

Appearance: Light grey body with a pinkish hue on its head and legs.

Suitable for: Dishes with gravies and sauces. The meat is chewy but less sweet than other prawn varieties.

Known as the glass prawn or po li xia in Chinese, this species is available seasonally. It is popular for its sweet taste and soft shell.

Appearance: Pink-reddish colours with fine black spots on its head and legs. The colour of the legs matches that of its head.

Appearance: The largest prawn species that ranges between 15cm and 30cm in length. They have distinctive stripes that vary from black and bluish-grey to pinkish-red colours.

Suitable for: Soups and barbecue. It is often used in Chinese prawn mee noodles.

Called udang gelah in Malay, this is a large freshwater species found throughout Southeast Asia.

Suitable for: Gravies, soups and sauces due to the rich amount of roe in the head and shell. This is also the prawn of choice for the Thai staple, tom yum soup.

This article first appeared in the Classified section of The New Paper.

This article was first published on September 18, 2015.
Get The New Paper for more stories.