YouTuber reviews military rations around the world,'happy to have' Singapore food in the field 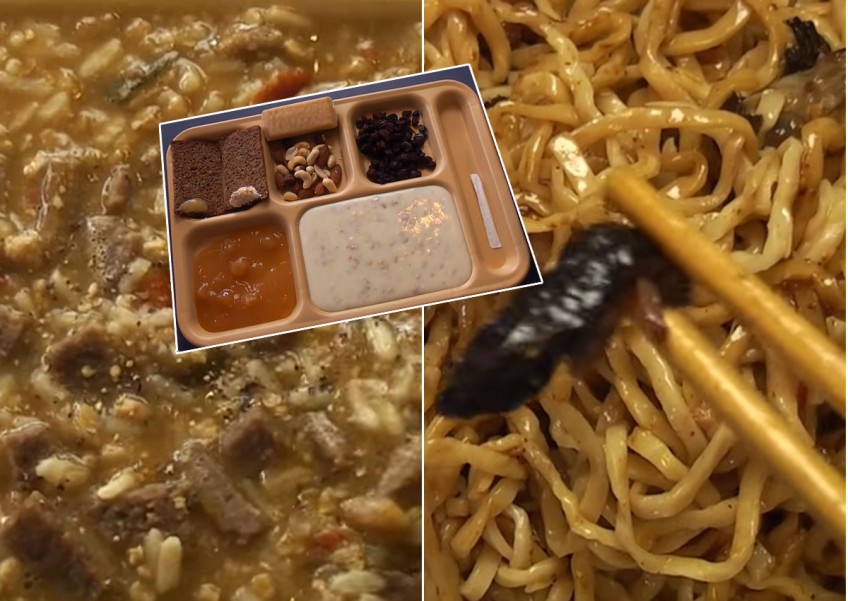 An MRE community exists on the web and Facebook, where fellow MRE connoisseurs exchange views and trade rations as if they are stocking up for a doomsday scenario.
Internet screengrabs

These are some tasty delights one would typically expect to see on dinner menus at casual or fine dining restaurants.

But get this: These meals are actually also found on the combat ration menus of militaries around the world.

Also known as Meal, Ready-to-Eat (MREs), a YouTube film-maker who goes by the alias of Kiwi Dude has reviewed such meals commonly consumed by soldiers when they are cold and miserable in the battlefield.

Releasing 95 videos over a span of nearly two years, Kiwi Dude has sampled military fine dining from the US, China, Japan, South Korea, Poland, Lithuania, Germany, Singapore, and other countries.

An MRE community exists on the web and on Facebook, where fellow MRE connoisseurs exchange views and trade rations as if stocking up for a doomsday scenario.

Another fervent MRE reviewer who goes by the moniker Gundog4314, racked up 115 videos over three years, sampling packaged military food.

So how does it all fare in terms of taste?

"It has got a really nice flavour, but it's a little bland," he said of the chicken masala rice.

Reviewing the Mongolian fried noodles with chicken, he said: "It's not bad. If you're out on the field, you will be happy to have it."

In the South Korea MRE, one can find bibimbap, a signature dish of rice mixed with vegetables and soybean paste, neatly packaged in a set complete with a heater pack to warm up the rice. There's also meatballs and kimchi to make up the balanced meal.

Contributors around the world have mailed MREs to Kiwi Dude to try, including someone from the Latvian Armed Forces who aptly calls himself Stomach5000.

"There is, of course, that one menu (liver in sour cream sauce) that is particularly awful (90 per cent of us hate it), but don't worry, the enclosed pack is not that one," Stomach5000 wrote in a letter to Kiwi Dude.

Instead, beef stew was sent to Kiwi Dude, who remarked that it "smells good" before the taste test.

"A lot of flavour in there!" said Kiwi Dude said as he took a mouthful of the meat.

When I was a recruit during my national service days in Pulau Tekong, we used to sing this song while on our 24km route march.

There are many versions, but the one that I know has an excerpt that goes like this:

"They say that in the army, the food is very nice.

"You ask for nasi briyani; they give you chao ta (burnt) rice."

So is the food is the military nice like nasi briyani, or is the reality more like chao ta rice?