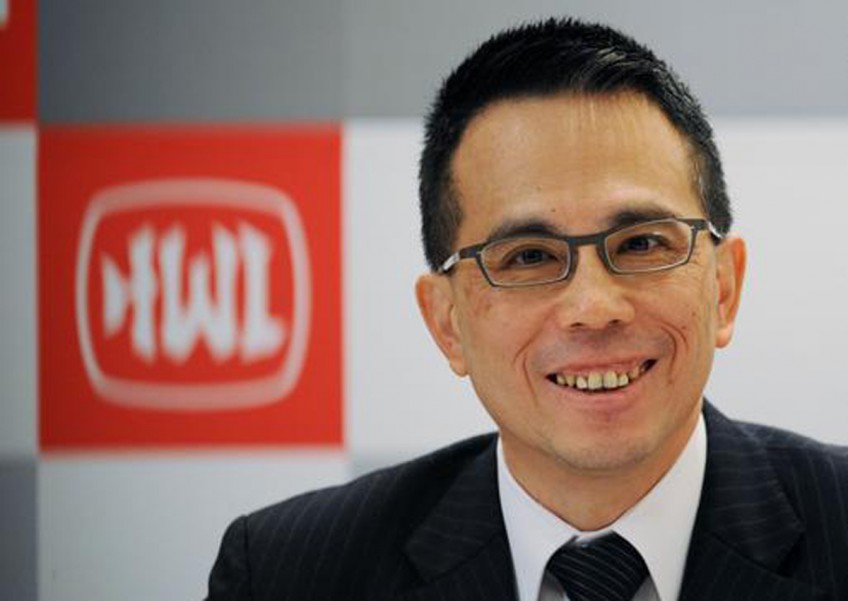 As billionaire Li Ka-shing nears his retirement- which is planned for next year- many are turning their attention to the lesser-known Victor Li, his son and successor.

So who is the son of one of the world's wealthiest people?

Here are some things to know about Victor Li:

Victor, whose full name is Victor Li Tzar-kuoi, was born in 1964 in Hong Kong, making him 52 years old today.

He is the eldest son of Li Ka-shing and Chong Yuet Ming, with Richard Li as his younger brother.

His father's business, which he will eventually inherit, spans across more than 50 countries, ranging from telecommunications to retail and ports, according to a report from Bloomberg.

While his father had built a global business empire from the ground up- sweeping factory floors as a teenager- Li was born to be a businessman.

He joined his father's company in his 20s and steadily worked his way up the ranks while learning skills of the trade.

According to an article from Reuters, back before the advent of e-mail, Li used to sleep with a fax machine next to his bed, so that he could receive instructions from his famously restless father at any time of the night.

Victor Li attended St. Paul's Co-educational College in Hong Kong before heading to Stanford University, where he earned both his B.SC and M.SC degrees in Civil Engineering.

From 1987 to 2001, Li was a board director for Husky Energy Incorporated. In 2001, he was promoted to cochairman, according to a report by Reference for Business.

During this time, he also served as the director of Hopewell Holdings- beginning in 1991 and resigning in 2002.

In 1995, Li started as an executive director at Hutchinson Whampoa, until he was named deputy chairman in 1999.

In 1996, Li was made chairman of Cheung Kong Infrastructure Holdings Ltd. (CKI), as well as Cheung Kong Life Sciences, the pharmaceutical arm of CKI, and remains the chairman of both today.

He is also the present deputy chairman at CK Hutchinson and CK Property Holdings Ltd.

As Li is preparing to take on the role of his father, onlookers have pointed out both his strengths and weaknesses, including his 'complex character' and inability to trust others.

Wrote Reuters journalist Alex Frew McMillan in 2012: "For some, Victor is a numbers-focused manager, a master of detail who has a track record of running assets well.

"For others, he is too focused on the bottom line, lacking some of the people skills of his more outgoing and charismatic father."

"And for a few, he is a more complex character altogether, someone who, according to people who have worked with him, struggles to trust those around him - a trait not surprising for a man whose status as heir has made him a target for envy and greed from a very early age," McMillan continued.

According to a 2012 report in the South China Morning Post, Simon Murray, then-chairman of commodities trading powerhouse Glencore International Plc described him as "a chip off the block".

Murray also picked up on his inability to trust others.

"His father has passed to him everything that he knows about the business.... However there is something else that his father has that Victor has to develop, the character of his father, which includes characteristics like humility, the ability to trust."

Perhaps it's no wonder that Li has a general wariness of people.

In 1996, Li was seized at gunpoint and kidnapped on his way home from work by notorious gangster "Big Spender" Cheung Tze-keung.

He was held overnight and released after his father paid a ransom of HK$1 billion (S$180 million). Now, he is rarely seen in public without bodyguards.

Li is married to Wong Lai-kui (also known as Cynthia Wong), and together they have three daughters.

The family holds citizenship in both Canada and China. In fact, Li met his wife in Canada.

The couple and their children live in a modest 2-storey home in Hong Kong, and in keeping with Chinese custom, they share a house with Victor's father.

As stated in an article by Canada's The Globe and Mail, Li's family lives on one floor and his father lives on the other.

Li attends to day-to-day operations on the ninth floor, while his father oversees things from the 70th floor.

Protective of his private life, Li shares little about his family and their activities, and often declines interview requests.

Sources who know him describe him as a reserved and devoted family man.

They also mentioned that he enjoys windsurfing, and has taken his children on hiking trips in Germany.