"I've thought countless times ... of even dissolving the company and applying for bankruptcy," the FT reported, quoting the letter.

"For the whole of this year we've borne immense cash flow pressure. Returning deposits to users, paying debts to suppliers, in order to keep the company running we have to turn every renminbi into three." 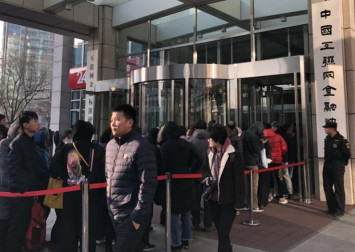 Neither Ofo nor Alibaba were immediately available for comment.

China's bike-sharing industry has burned through hundreds of millions of dollars in the fight to dominate key cities, littering the streets with thousands of bikes in the process.

In August, Reuters reported that Chinese ride-hailing giant Didi Chuxing and Alibaba's Ant Financial were in talks with Ofo for a joint buyout, potentially valuing the startup at up to $2 billion (S$2.75 billion).