Singapore, 27 Feb 2020 - Since Vividthree Holdings (SGX: OMK) launched its landmark Over-The-Top ("OTT") comic video platform, the company is pleased to note its strong performance on Google Play store as its ComicVid application ("app") is among the top trending with statistics from Google Play store.

In the List of Top Free Comic Apps on Google Play store, ComicVid app has set a record of being top 10 comic app along with 10,000+ downloads on both Google Play store and iOS App store after its successful launch. This achievement adds another star on the shoulder of Vividthree's innovation.

ComicVid developed to help creators tell their unique stories, featuring a diverse range of illustrious webcomic titles contributed by renowned content creators - one of which is the popular hit by DarkBox called Silent Horror that has accumulated over 92 million views online since Feb 2015.

ComicVid currently features more than 15 webcomic titles with 41 new upcoming titles and has more than 20 comic creators onboard. The platform is now available worldwide.

"Comic lovers are a group of passionate and loyal reading community who are hungry for good content," says Charles Yeo, co-founder of Vividthree Holdings. "We are dedicated to revolutionising state-of-the-art comics illustration and providing the creators with an opportunity to share and amplify their stories to fans all over the world." 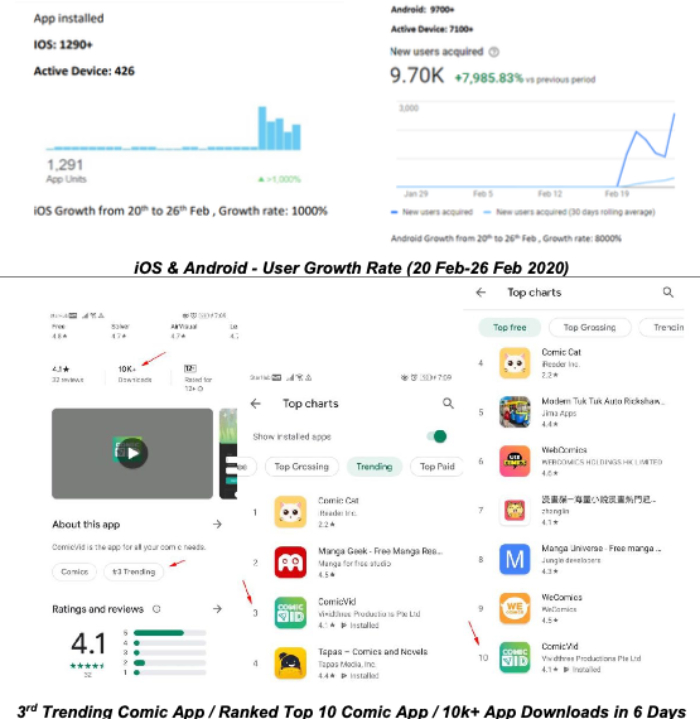