Kimly backs out of Asian Story purchase; confirms CAD, MAS probe was over the acquisition

SINGAPORE - Singapore-listed coffee shop operator Kimly Limited is backing out on its $16 million acquisition of drinks manufacturer Asian Story Corporation (ASC) - a deal authorities have asked about as part of an investigation.

At the same time, it requested for trading of its shares to resume. Its stock was voluntarily suspended since Tuesday (Nov 27).

A week ago, both Kimly and ASC received letters from the Commercial Affairs Department (CAD) and the Monetary Authority of Singapore, requesting for documents due to a potential offence under the Securities and Futures Act, Kimly said in a filing to the Singapore Exchange late Thursday (Nov 29).

In the coffee shop operator's case, authorities asked for documents relating to its initial public offering, its acquisition of ASC, as well as its corporate secretarial records from Jan 1, 2016.

They also requested for IT equipment used by Kimly's executive chairman Lim Hee Liat, executive director Chia Cher Khiang, and former non-executive director Ong Eng Sing. Mr Lim and Mr Chia have since been interviewed by the CAD, to whom they surrendered their travel documents as well. 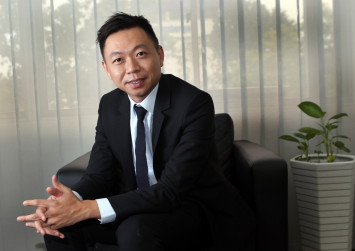 Separately, ASC was asked to produce its corporate secretarial and financial records, as well as documents relating to its recent acquisition, which had been announced in July.

"The authorities have not disclosed to the company any further details of its investigation," said Kimly in its filing, adding that it intends to co-operate fully with the investigations. Its executive directors will continue in their roles given that no formal charges have been made.

The company has, however, rolled back its acquisition of ASC, it said in a separate filing on the same day.

It explained that last week, Pokka Corporation (Singapore) signalled its intent to terminate a manufacturing agreement with ASC, leading Kimly's board to look into the potential impact that could arise. Following discussions "and taking into account the impact of the termination on ASC as well as other relevant factors", the relevant parties decided to roll back the acquisition, said Kimly.

It has since been repaid $12 million, with the balance to be paid back over three years, said the operator, which runs nearly 70 food outlets and 130 food stalls under various brands islandwide.

On Tuesday (Nov 27), Kimly asked for the trading of its shares to be suspended pending updates to its shareholders - which were to include further information on a recent acquisition it had made. This led to talk that the suspension might be related to the ASC deal.

Given the reversal of Kimly's most recent acquisition, ASC's financial results have not been consolidated into its unaudited financial statements.