SINGAPORE - The Monetary Authority of Singapore (MAS) said it does not use currency manipulation to gain an export advantage, in response to a United States Treasury report that put Singapore on a watch list with four other countries.

The report released on Wednesday (May 29) said the Republic made estimated net foreign exchange purchases of at least US$17 billion (S$23.45 billion) in 2018, equivalent to 4.6 per cent of gross domestic product (GDP).

In a statement, MAS said Singapore's monetary policy framework, which is centred on the exchange rate, has always been aimed at ensuring medium-term price stability and will continue to do so.

"MAS does not and cannot use the exchange rate to gain an export advantage or achieve a current account surplus," MAS said in response to media queries.

A deliberate weakening of the Singapore dollar would cause inflation to spike and compromise MAS' aims to maintain price stability, it pointed out. 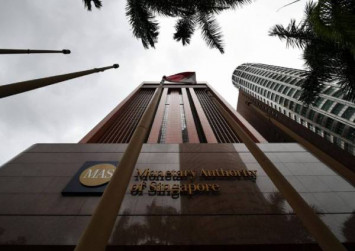 The US report said Singapore should implement reforms to lower its high saving rate and boost low domestic consumption, while striving to ensure that its real exchange rate is in line with economic fundamentals, to help narrow its large and persistent external surpluses.

MAS, in response, said that Singapore's current account balance should be viewed in context.

"In its early years of development, Singapore ran persistently large current account deficits averaging close to 10 per cent of GDP between 1965 and 1984, when its investment needs were greater than available saving," it noted.

Its investment needs tapered off while national saving rose as the economy matured. Consequently, the current account turned into a surplus position.

"MAS assesses that together with rising affluence that will raise consumption, Singapore's current account surplus will be reduced when public and private savings are drawn down for the needs of an ageing population," it said.

This expanded the potential list of nations it reviewed from around a dozen to 21, and may have resulted in the rise in number of countries on the list to nine, from six in the previous report last October.

Apart from Singapore, Ireland, Italy, Malaysia and Vietnam were also added to the list.

China, Germany, Japan and South Korea were kept on the list while India and Switzerland were removed.