SIA is the highest-ranked Asian company and the only company from South-east Asia to make the list of Top 50 rankings of Fortune magazine's annual World's Most Admired Companies.

SINGAPORE - Singapore Airlines (SIA) has moved up the Top 50 rankings of Fortune magazine's annual World's Most Admired Companies to 18th spot this year.

The Singapore carrier is also the highest-ranked Asian company and the only company from South-east Asia to make the list.

Toyota, Alibaba and Samsung are the other Asian companies to make the Top 50 this year.

Fortune describes its ranking as the "definitive report card on corporate reputations". It is based on a survey of 3,750 executives, directors and analysts across a range of industries who were asked to rank the companies they admired most in any industry.

The latest accolade adds to the string of awards that SIA has picked up over the years.

Last October, the airline was named as one of the top 50 "Genius Companies" in an inaugural annual list compiled by Time Magazine.

According to Time, the firms identified are inventing the future, driving progress now and bear watching for what they do next. 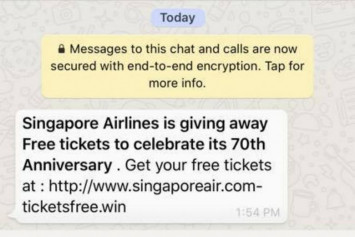 Companies were picked based on factors including originality, influence, success and ambition, Time said.

SIA was the only South-east Asian company on the list and one of a small number of Asian companies named, including technology firm DJI and Xiaomi from China, and Nintendo from Japan.

It was also the only airline on the list.

As SIA hits the halfway mark in a three-year transformation programme, such recognition, including traveller awards, puts the airline well on track to get back to being the world's best airline, said SIA chief executive officer Goh Choon Phong.

The programme covers operational enhancements, revenue growth and organisational structure changes, and all three areas have seen significant progress, Mr Goh said in his annual New Year message to staff which was published in the company's in-house publication in December.

He said: "With the positive momentum... we can be upbeat and assured that we are on the right path to better position the Group for the future.

"Underpinning the programme to date has been our goal to be the undisputed best airline in the world. We are well on our way, with so many improvements to the customer experience and recognition in multiple global rankings this year."

THE WORLD'S MOST ADMIRED COMPANIES