Its 423 owners stand to receive between $488,000 and $67.5 million each if the sale is successful, said marketing agent SLP Scotia.

More than 80 per cent of the owners consented to sell on March 19 after the initial asking price of $1.1 billion was raised to $1.3 billion in February.

SLP Scotia said in a statement yesterday that developers can explore converting Sim Lim Square into a mixed-use development with a hotel and office space, because of its "unique and strategic location" in the Ophir-Rochor Corridor, which is touted to be an extension of the downtown area. 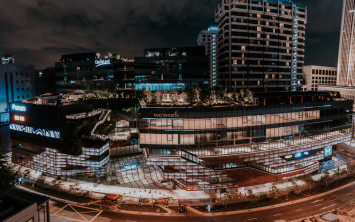 Mr Vikas Gupta, chairman of the collective sale committee, believes the site can be better used.

"(It is) currently heavily under-utilised and the strata system does not allow Sim Lim Square to utilise the spare space. It's the ideal time to refresh Sim Lim Square," he said.

The last gross floor area figure approved by the Urban Redevelopment Authority (URA) is 391,000 sq ft, according to the SLP Scotia statement. The site is also zoned for commercial use with a plot ratio of 4.2, it added.

The scheme, announced during the URA's launch of its Draft Master Plan last month, is intended to encourage the redevelopment of older buildings in strategic areas into new, bold and innovative developments that will positively transform the surrounding urban environment.

Industry observer Sing Tien Foo, an associate professor at the National University of Singapore's real estate department, said the $1.25 billion reserve price, which translates to $3,197 per sq ft per plot ratio (psf ppr), is on the high side.

The collective sale attempt also comes amid a challenging time in the market, he added.

But he noted: "The development can be an interesting focal point for the area.

There's some potential, but the developer will really have to intensify the land use."

The Sim Lim Square tender will close at 3pm on June 24.