Baby in China gets tossed out of 3-storey window by mother, minutes after being born

A 22-year-old woman from China has been detained by police after she tossed her son out the window just moments after giving birth to him.

The police told Chinese media on Saturday (June 8) that she threw away her son after cutting the umbilical cord, as he was born out of wedlock.

Fortunately, the baby landed on a balcony three floors down and survived the fall. He was rushed to the hospital.

Neighbours reported hearing shrill cries in the neighbourhood for around 30 minutes and thought that it came from a cat.

It was only when someone decided to track down the source of the cries that they were shocked to find the newborn on a balcony.

One neighbour who was interviewed by Chinese media shared that when she saw the newborn, she was scared to tears.

CCTV footage from the incident showed neighbours asking to borrow a ladder from a man and another woman climbing up to retrieve the baby. 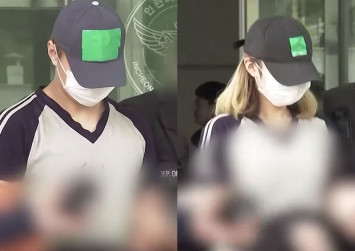 The woman then wrapped the newborn in a white blanket and rushed him to a nearby clinic where doctors found the baby to be in stable condition with no visible injuries.

In interviews with Chinese media, the lady shared that doctors expressed concern for her over the possible exposure to infection, as the baby was covered in blood from the delivery process.

She said: "The doctors asked me if I was scared to contract diseases (like HIV) from touching the blood, but in my mind, saving this child was more important than that."

The mother of the child is currently being investigated by the police.

#Children and Youth #crime #In Case You Missed It