Your Asian mum isn't an Asian mum if she hasn't blamed every single one of your physical ailments on your mobile phone.

And as it turns out, she's got a point.

A boy in Hefei, China, became cross-eyed after spending the majority of his summer holiday with his eyes glued to his mobile phone.

While many students may have spent their holidays out and about or resting at home, the boy reportedly stared at his phone for no less than 10 hours a day, according to his father in a Pear video report published on Aug 14.

He had refused to listen to his father's advice and would sneak away with the phone whenever his father had his back turned.

By the time his father had realised what was going on and brought him to the doctors, the boy had already gone cross-eyed.

Based on her diagnosis, the doctor who attended to the boy's case was uncertain if the boy would naturally recover. 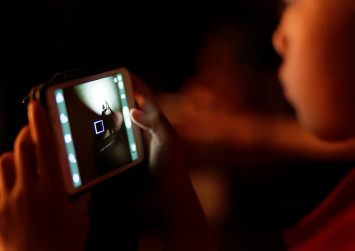 Whilst she advised curbing the boy's usage of his phone for at least three months to half a year, she said corrective surgery would be unavoidable should there be no progress.

The doctor, a Dr Su, explained that children's eyes are particularly vulnerable during this period of time. By introducing them to electronics too early, their eyes adapt to the short distance between them and their screens which leads to myopia and cross-eyed symptoms over time.

Despite that, when asked if he was able to stop using his phone for a period of time, the boy deadpanned: "No I can't."

#china #smartphones #Addictions #Children and Youth #In Case You Missed It