Brazil's Tardelli gets ban for rubbing face during China anthem

China's football association has handed a one-game ban to Shandong Luneng's Brazilian midfielder Diego Tardelli for rubbing his face during the Chinese national anthem before a game.

The country's Communist regime passed a law last year to severely punish people who disrespect the anthem, and Tardelli is not the first prominent figure to be punished in China over the "The March of the Volunteers".

Tardelli, 33, was looking down and rubbing his face with his right hand as the anthem played before the game against Shanghai SIPG on Sunday.

"Tardelli's manners were not solemn when the national anthem was played and sung, causing adverse social impact," the CFA said in a punishment notice published on Wednesday.

The ruling shocked some fans. 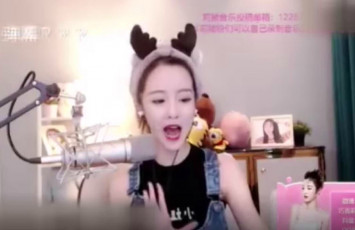 "Touching his face is undignified behaviour? That's a bit of exaggeration," wrote one person on China's Twitter-like Weibo microblogging website.

But others backed the ban.

"What's wrong with CFA's action? No matter which country you come from, you should show respect to a country's national anthem and national flag," another post read.

With global interest in Chinese football growing, the CFA has been busy dishing out bans, fines or warnings for on- and off-field misdemeanours that would go unpunished or receive a mere wrist slap in most countries.

SIPG received a warning and a 40,000 yuan ($5,800) fine from the CFA for arriving late to the game on Sunday before beating Shandong Luneng 4-2.

Tardelli's ban came weeks after authorities in Shanghai detained a popular live-streamer for five days after she waved her arms and mimicked a conductor as she sang the anthem during a broadcast.

In September last year, the National People's Congress passed a law against mocking the national anthem, with a punishment of up to 15 days in jail. The NPC changed the criminal law in November to allow sentences of up to three years.

President Xi Jinping, considered China's most powerful leader since Chairman Mao Zedong, has stepped up the promotion of patriotism in the world's most populous country.

Xi also has grand ambitions to turn China into a global football powerhouse that could one day host a World Cup.